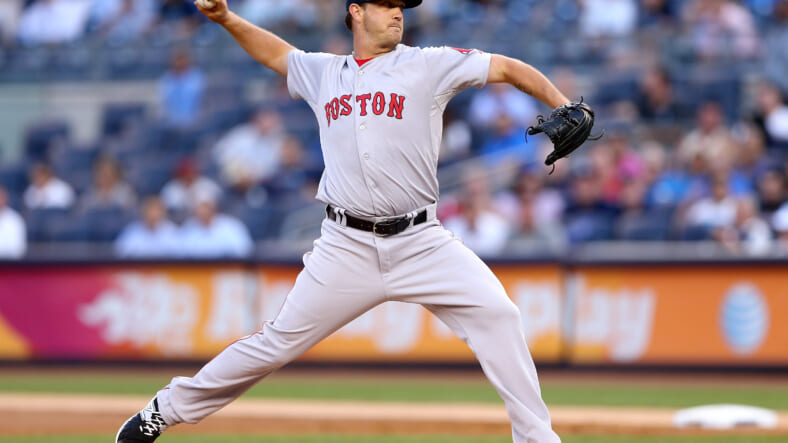 In a sport that often sees beanballs result in big brawls, Boston Red Sox pitcher Steven Wright has stepped forward with an act of kindness after nailing Toronto Blue Jays first baseman Chris Colabello in the head on Sunday. His gesture? He gave Colabello a giant bottle of booze.

Clearly, that was unintentional. Wright is visibly shaken up after Colabello went down, walking up to the plate and stood with his catcher as Toronto’s trainers checked Colabello out. He would stay in the game.

Both guys were all chummy about the whole thing afterward, which is quite a contrast to what we’re used to. Colabello said the gift was unnecessary, that Wright clearly didn’t hit him on purpose. Wright said he gave Colabello the bottle to make himself feel better, to absolve him of his sins. And for a moment, the world of baseball, so often full of aggro posturing and knee-jerk adherence to decades-old traditions, looked like a game that actual humans play.