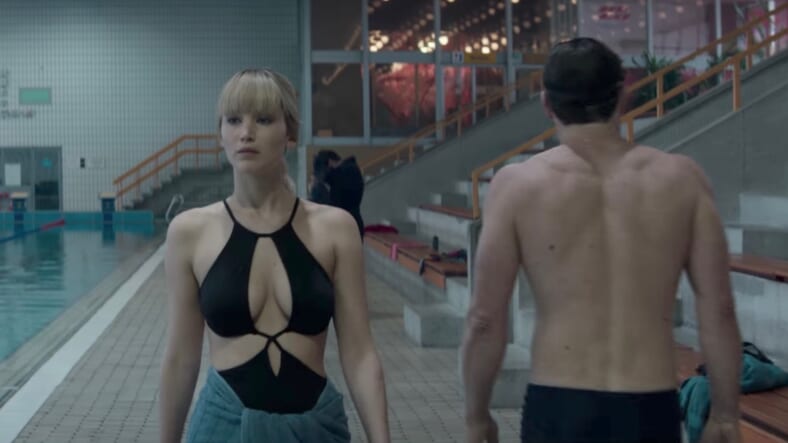 Throughout her varied career, Jennifer Lawrence has yet to play a character of another nationality.

“When she suffers a career-ending injury, Dominika and her mother are facing a bleak and uncertain future,” the film’s synopsis reads.

“That is why she finds herself manipulated into becoming the newest recruit for Sparrow School, a secret intelligence service that trains exceptional young people like her to use their bodies and minds as weapons.”

With a potent mix of sex, manipulation and bloodlust, Dominika quickly climbs the Russian spy ranks.

“After enduring the perverse and sadistic training process, she emerges as the most dangerous Sparrow the program has ever produced,” the synopsis continues.

“Dominika must now reconcile the person she was with the power she now commands, with her own life and everyone she cares about at risk, including an American CIA agent who tries to convince her he is the only person she can trust.”

Lawrence doesn’t utter a word in the trailer so let’s hope she can pull off a convincing Russian accent. She certainly looks the part.