The hip-hop heavyweight joins the ranks of the greatest celebrity baby names with this baller move. Check out the rest of the best here. 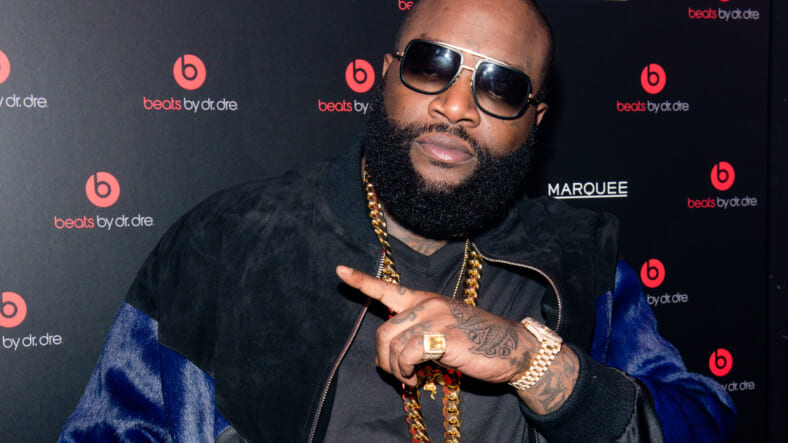 In case you haven’t noticed, celebrities tend to give their children some really interesting names, and the current champ is the newborn son of Rick Ross and his girlfriend Briana Camille: Billion.

Announcing the birth of his son, he tweeted:

And then he tweeted again:

Here’s my theory about the name: Rick Ross’ actual name is William Leonard Roberts II, and he already has a son named William III. So, by naming his second son Billion, he’s kinda sorta rhyming the names, while adding an, um, affluent touch.

Plus, the Miami rapper just really, really likes the word “billion”: two of his songs are “Billionaire” and “Hood Billionaire”, after all.

Anyways, while we’re on the topic of weird celebrity baby names, here’s a list of 20 of the wildest names celebs gave their kids, in no particular order.

The son of actor Jason Lee and Beth Riesgraf.

Actress Shannyn Sossamon named her son Audio Science, and I don’t know why.

The many children of celebrity chef Jamie Oliver.

The three kids of Beyonce and Jay-Z.

Musician Frank Zappa thought it would be a good idea to give his children these names.

This name is only funny when you realize her father is Rob Morrow, so her name is Tu Morrow. You know, like tomorrow.

The cute child of actress Busy Phillips is named after an insect.

Leave it to GOOP queen Gwyneth Paltrow and Chris Marten to name a little girl after a fruit.

The musical son of Rachel Griffiths.

Jason Bateman named his kid after either a tree or a breakfast condiment.

Do John Mellencamp and Elaine Irwin know what Speck means? It means tiny and insignificant.

The son of Sylvester Stallone: Pronounced Sergio, but spelled like that, for some reason.

Cardi B and Offset’s special twist on a word out of the dictionary.