Rihanna’s ‘Anti’ May Be Her Best Album Yet

Listen to this, and only this, all day long. 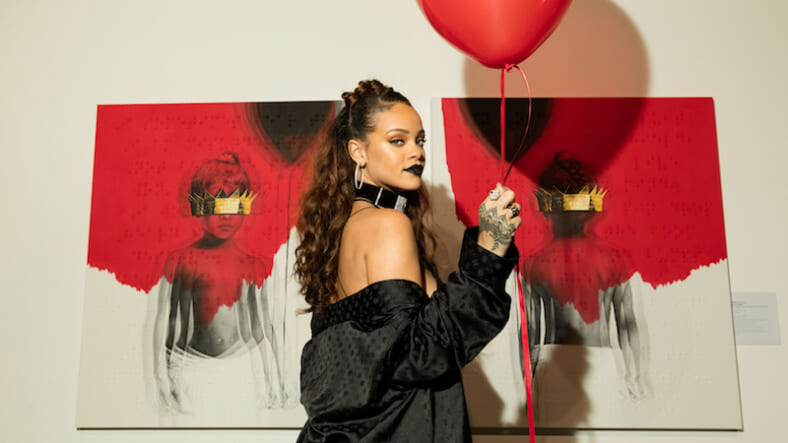 When Rihanna released her latest single “Work” (featuring Drake) yesterday morning we took that as a sure sign that her highly anticipated new album Anti was coming, but couldn’t have anticipated that it would be coming so soon.

It was the general whisper in the breeze that she’d be releasing it officially this coming Friday, but a Tidal misfire yesterday evening in which the album was mistakingly uploaded, and then promptly deleted—which leaked the official tracklist—led to the decision to just let the cat out of the bag once and for all.

The version of Anti that is currently available now is a 13-track version, with a deluxe edition featuring three bonus tracks to follow tomorrow. Both versions of the album will be exclusive to Tidal for a week and as far as I can tell the easiest way to download it (like actually have it on your computer and phone forever, for no money and without having to give a credit card for some weird trial) is here.

Having played through the album in its entirety I can vouch for it as being amazing. I’ll give it a few more spins before I fully pull the trigger on this thought, but I suspect that it may be her best one yet.

It’s layered and complex mixing dance tracks, revenge anthems, and ballads into one nearly flawless collection. When Rihanna growls “didn’t they tell you I was a savage” on “Needed Me” it’s life giving, to say the least. Have a listen for yourself a million or so times today.

11 Love On the Brain