Stay out of the shower, RiRi! 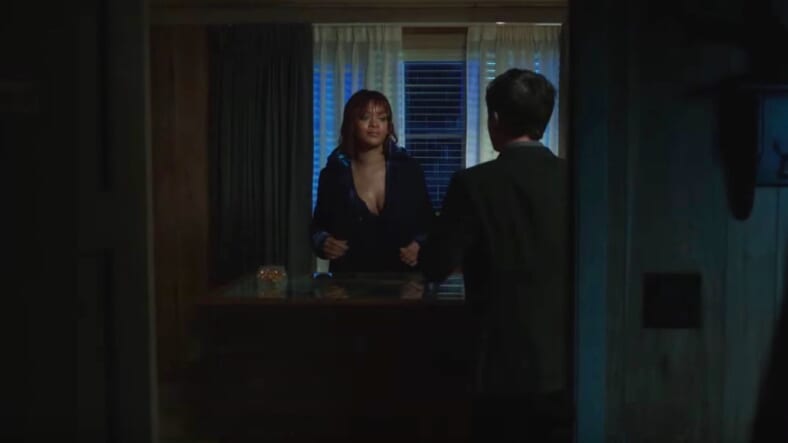 In the final season of A&E’s riveting Bates Motel series, pop star Rihanna will take on the most iconic Psycho role—that of Janet Leigh, who was famously offed in the shower.

Rihanna bares scant similarity to the ’60s screen siren, and her version of the doomed character, Marion, is decidedly sexier. As seen in a commercial for the upcoming season, she checks into the hotel in a slinky wet top, and, in a sequence that was definitely not in the original, has a very steamy sex scene as pervy Norman Bates watches through a hole in the wall.

Catch the new promo, above. And compare it to the much tamer Peeping Tom scene from Alfred Hitchcock’s genre-defining 1960 original, below.

It’s a shame that Rihanna will have to be killed so brutally, just as Janet Leigh was in the original (spoiler). Oh well, let’s distract ourselves from her impending doom with sexy Instagrams, shall we?