“We need justice for George Floyd. We all witnessed his murder in broad daylight.” 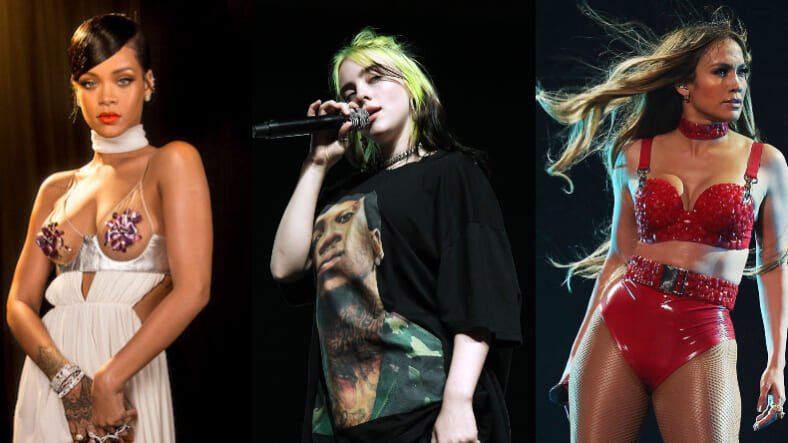 Jay-Z, Beyonce, Jennifer Lopez and Billie Eilish are among the scores of celebrities speaking out against the wrongful death of George Floyd after a fatal encounter with Minneapolis police officers.

Jay-Z described himself as “a dad and a black man in pain” in an Instagram post shared by his Roc Nation company. The hip-hop icon added that he had spoken with Minnesota governor Tim Walz about the appointment of African-American Minnesota attorney general Keith Ellison to the Floyd case, as the Guardian notes.

“I, along with an entire county in pain, call upon AG Ellison to do the right thing and prosecute all those responsible for the murder of George Floyd to the fullest extent of the law.”

Jay-Z’s wife Beyonce also asked her fans to be vocal in an Instagram video.

“We need justice for George Floyd. We all witnessed his murder in broad daylight. We’re broken and we’re disgusted. We cannot normalize this pain,” Beyonce said. “I’m not only speaking to people of color, if you’re white, black, brown, or anything in between I’m sure you feel hopeless by the racism going on in America right now. If you want to demand more charges brought on all those involved in the death of George Floyd, click the link in my bio to sign the petition.

“‘I have a dream that my four little children will one day live in a nation where they will not be judged by the color of their skin, but by the content of their character…’ My beautiful friends… This is a matter of humanity!!! Of goodness and basic human kindness and decency!!! My heart is breaking. We need to erase the fear and hatred that exists. Not erase people. We are all God’s children. We need to love and appreciate all the beautiful things that every individual person is. Say something. Do something. Let’s build bridges not burn them.”

Jamie Foxx referenced both the brutal beating of Rodney King by Los Angeles police officers in 1991 and the shooting death of Trayvon Martin in 2012.

“We cannot be silent anymore… I’ve been going to rally’s since Rodney King… when Trayvon Martin Happened I got a chance to forge a relationship with his mother @sybrinafulton … Who is now running for commissioner in Dade county Miami… we both have witnessed an acceleration of young black man being killed senselessly by police officers and random civilians trying to act like police officers… Being in Minnesota for George Floyd Felt like the straw on the camels back… we have to change policy when it comes to police brutality… We cannot let all of these black folk down…. #blacklivesmatter.”

“Those of us who have the ability to be seen or heard in our lives—whether you are Black or white, Asian or Hispanic—it is incumbent on all of us to not just be outraged when we see injustice,” Winfrey said in the latest edition of her Oprah’s Your Life in Focus: A Vision Forward — Live Virtual Experience.

Derek Chauvin, the police officer who was filmed kneeling on Floyd’s neck for eight minutes before he died, has been charged with third-degree murder and second-degree manslaughter.

hours and miles of peaceful protesting yesterday that got little to no coverage.
all throughout beverly hills and west hollywood we chanted, people beeped and cheered along.
we were passionate, we were loud, we were loving.
cover this too please. #BLACKLIVESMATTER https://t.co/vD90CEtF94 pic.twitter.com/GZ6uKDfPM7

In related news, rapper and activist Killer Mike is getting rave reviews from everyone from LeBron James to Eminem for his impassioned speech about the protests in the wake of George Floyd’s tragic death, while both Michael Jordan and Dennis Rodman also spoke out.