It may not have been bronchitis after all. 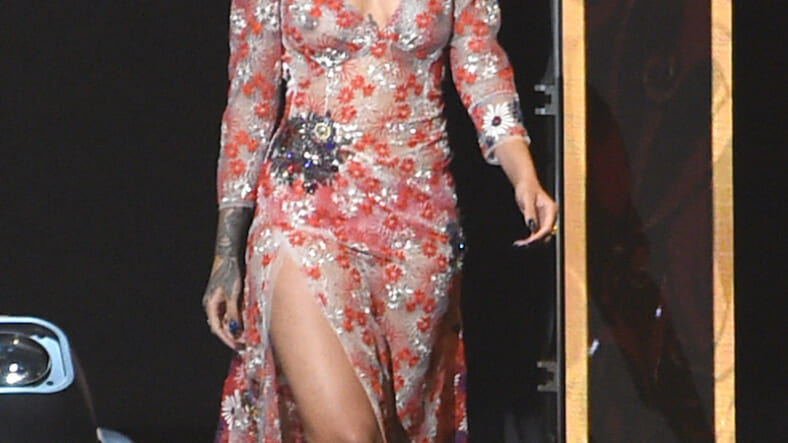 For those who tuned in to the Grammys this Monday (and apparently, it wasn’t many) you may have been wondering why Rihanna wasn’t there performing or, at the very least, presenting. According to TMZ, she had been scheduled to perform at the show and had shown up for rehearsals, but then bailed during the main performance shortly before the show began. This is where the details get muddled, as there are a couple different stories as to why she backed out.

#NAVY so sorry I couldn't be there ….. Thanks Grammys and CBS for your support tonight.

TMZ says Rihanna was forced to cancel due to bronchitis, which she hadn’t been able to knock out with antibiotics in time for the show, putting her at serious risk of harming her vocal cords if she performed. That seems believable enough, but so does the post Complex ran today saying that the singer actually stormed out of rehearsals, refusing to come back, for some unknown reason.

Who knows what actually went down, but she was missed and would’ve added an A+ performance to an otherwise C- night.