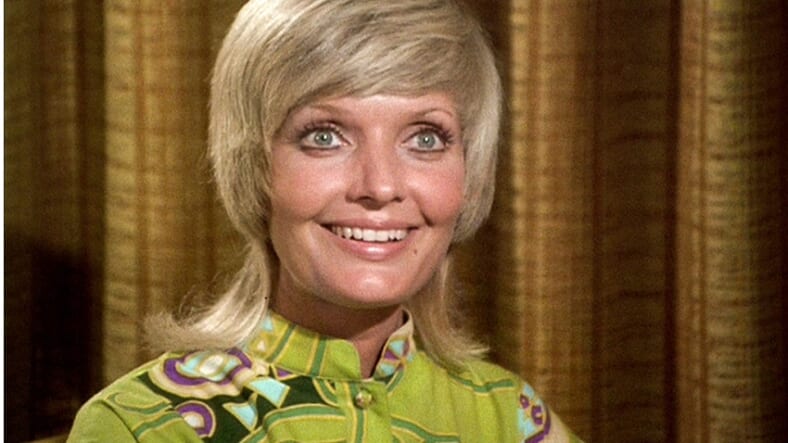 From the first episode of classic family sitcom The Brady Bunch in September, 1969, Florence Henderson was to some the embodiment of American motherhood. And she kept carrying that torch till the end, which came on November 24, 2016. Appropriately enough, USA Today reported that Henderson, who died of heart failure, was “surrounded by her four children.”

As the fictional Carol Brady, Henderson presided over a blended family in the California suburbs for five seasons. Even after the arrival of Cousin Oliver signaled The Brady Bunch‘s doom with cancellation in 1974, the show continued in syndication, roping later generations into the Brady family drama and maybe for some viewers the occasional crush on “Mom” Brady.

That was entirely due to Henderson’s warm, slyly witty onscreen presence, and maybe more than that, her willingness long after the show was over to keep that motherly vibe alive. While some actors often seek to distance themselves from iconic roles, Henderson embraced The Brady Bunch‘s legacy. The New York Times obituary notes she defended the show, saying it “was seen through the eyes of a child,” and its creators intended that it “have a soft little glow about it.”

Famous and non-famous fans alike reacted to Henderson’s passing on social media. Perhaps the most touching responses were from Maureen McCormick, who played older daughter Marcia Brady on the show, and her TV brother Barry Williams, who played oldest Brady son Greg:

Florence Henderson was a dear friend for so very many years & in my <3 forever. Love & hugs to her family. I'll miss u dearly #RIPFlorence

Deeply saddened. Florence was one of the most gracious people I have ever known, Proud to call her Mom and life long friend. #RIPFlorence

Henderson was working constantly from the end of Brady Bunch till 2016, doing work as diverse as voice acting in Fox animated comedies like The Cleveland Show, movies, and even a guest host stint on WWE Raw. Her final TV appearance was on Dancing With the Stars, just three days before her death at Cedars-Sinai in LA.