Internet Icon ‘Keyboard Cat’ is Dead, Remember Him With This Crazy Tribute Video

We hope there are tiny keyboards in heaven. 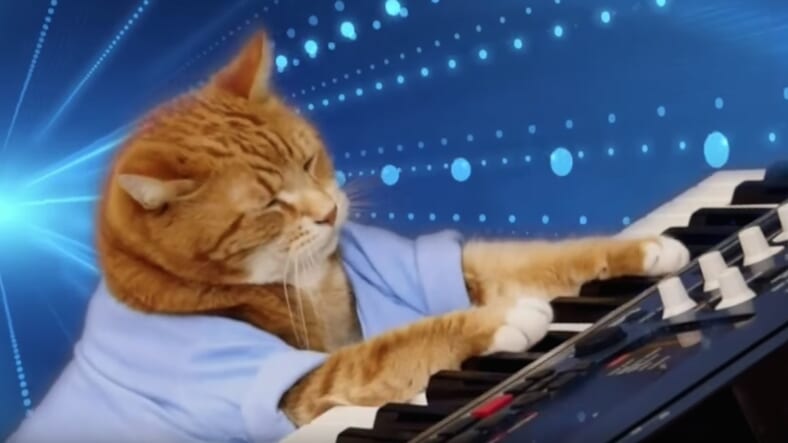 Bento, a.k.a. “Keyboard Cat,” tragically passed away on March 8, his owner confirmed in the truly bizarre tribute video below. The internet legend was nine years old

Bento was actually a successor to the O.G. “Keyboard Cat.” The original video was taken in the 1980s, of the late Fatso, and was made into a viral video post-felinously in 2007 after owner Charlie Schmidt rediscovered the VHS.

Bento took up Fatso’s legacy when he was adopted from a shelter by Schmidt in 2009. He appeared in a pistachios commercial and a spoof video of Banksy, among other paw-esome viral accomplishments.

His reincarnation was announced in 2010.

“He had a big start, and it stayed through all the way,” Schmidt told KREM2. He added that he may adopt a third Keyboard Cat if he “finds one with the right personality at a shelter.”

Still, the Internet is reeling from the loss of one of the greatest.

Bento the keyboard cat… has died. He passed away last week. He'll live forever in our memes… #9News pic.twitter.com/csluJ3OgWe

keyboard cat died. no one talk to me. pic.twitter.com/oHvsDpLXJR