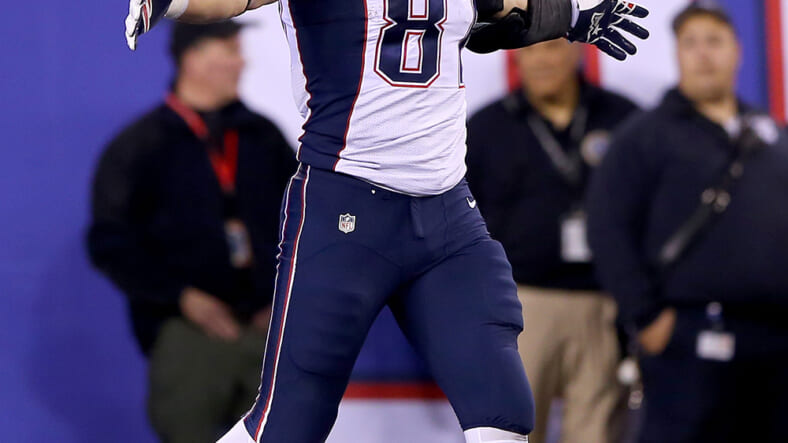 If Rob Gronkowski held a press conference tomorrow, walked up to the podium and ripped off his shirt, revealing another shirt with the letters ‘WWE’ emblazoned on it, then ripped that shirt off too, all to announce his transition from football player to pro wrestler, who among us could say we were truly surprised?

Gronk is a showman. The NFL penalizes, fines and stifles showmen. The WWE makes them superstars. Hell, Gronk’s already got a name for wrestling.

He’s already got the connections too. Gronk calls Mojo Rawley, a wrestler in WWE NXT, the promotion’s minor leagues, “my boy.” If Mojo Rawley is called up to the big show, Gronk has said he’d like to appear right alongside him. Does he want to get in the ring or just be there as a supportive manager, FOX Sports asked earlier this year. “All of it,” Gronk grunted.

Life doesn't get much better than this. Big win on the big stage w/ my best friends. @wwe @ZackRyder @RobGronkowski pic.twitter.com/TMQA095vMW

Beyond the name and the connections, it’s the primetime personality that makes it so easy to imagine Gronk trading his tight-ass football pants for some tiny-ass wrestling undies. The guy is a 6’5″ bottle of Red Bull. He plays football games, then dances all night long. He invites hoards of thirsty women to a football camp. He buys a party bus. And he does it all with a child-like ebullience that makes charming what would otherwise be totally obnoxious.

See you at Wrestlemania, Gronk.