“He took away the mystique.” 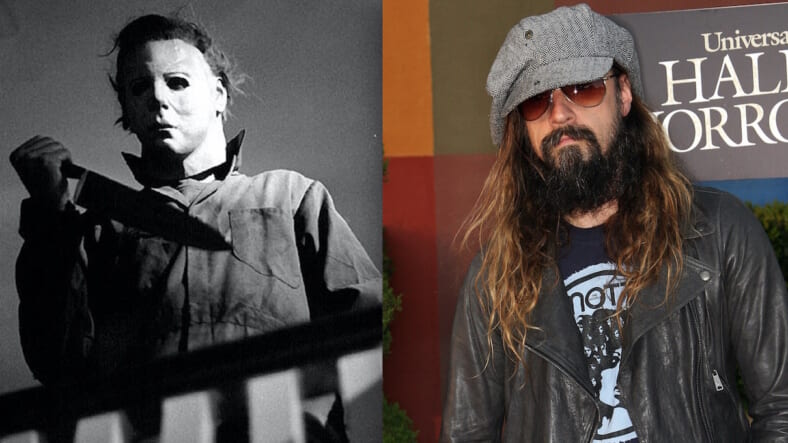 Even if it made a killing at the box office, rocker/director Rob Zombie‘s 2007 remake of Halloween was butchered by critics, who said it didn’t even hold a candle to John Carpenter‘s genre-defining 1978 slasher classic.

And finally, nearly a decade after the fact, Carpenter weighed in on Zombie’s gorier stab at the iconic franchise, and what he had to say would make even Michael Myers gasp.

“I thought he took away the mystique of the story by explaining too much about [Michael Myers],” the 68-year-old horror god said in a Q&A at the New York Film Academy.

See for yourself, below (at the 17-minute mark):

Carpenter, who also directed genre classics The Fog, Christine, and The Thing, admitted his opinion of the film is far from objective. His issues stem from beef with Rob Zombie, who he claimed wantonly bad-mouthed him in a recent interview with the Biography channel.

“He lied about me,” Carpenter said.

“He said I was very cold to him when he told me he was going to make it. Nothing could be further from the truth. I said, ‘Make it your own movie, man. This is yours now. Don’t worry about me.’ I was incredibly supportive. Why that piece of shit lied, I don’t know.”

We’re still waiting on a response from camp Zombie—assuming he has the guts to again go up against a horror legend. But Carpenter will ultimately have the final word: He will executive-produce a new Halloween sequel, one which will undoubtedly make Zombie’s look like a Hallmark Channel original.

“Thirty-eight years after the original Halloween I’m going to help to try to make the 10th sequel the scariest of them all,” he boasted in a statement from earlier this year, fighting words against the eight directors who have taken a stab at the franchise.