How Robert De Niro Talked Joe Pesci Into Joining ‘The Irishman’, His First Movie In Nearly a Decade

He made him an offer he couldn’t refuse. 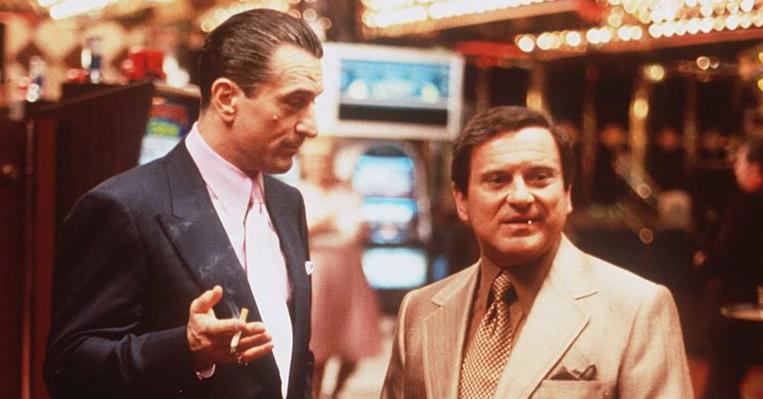 Joe Pesci co-stars with Robert DeNiro in Martin Scorsese’s gangster epic The Irishman next month after nearly ten years of retirement from making movies, reuniting one cinema’s all-time iconic duos. The pair have famously appeared together in Scorsese’s Raging Bull, Casino and Goodfellas (for which Pesci won a Best Supporting Actor Oscar.)

The 76-year-old Pesci has been garnering critical raves for his role as cool and calculating crime boss Russell Bufalino in the pic that’s being hailed as a departure from his famously volcanic earlier roles.

But Entertainment Weekly reports that the reclusive actor had to be asked a staggering 40 times before he agreed to the role, and interviews with De Niro and Scorsese seemed to indicate Pesci signing on was a combination of perhaps one last hurrah with his famous collaborators and Netflix shelling out big bucks to finance the movie.

While Pesci was last seen on screen in a 2010 movie called Love Ranch and 2006’s De Niro-directed The Good Shepherd before that, he has essentially been off-screen since the 1990s.

“A lot of what I was saying was, ‘Come on, who knows if we’re ever going to have this chance again?’” De Niro told EW. “Let’s just do it.’ And he loves Marty and greatly respects him and knows that if he’s in Marty’s hands, it’s going to be okay.”

De Niro and Pesci first worked together playing brothers in 1980’s Raging Bull, and so DeNiro was primarily tasked with getting Pesci to sign on to The Irishman. “Bob and Joe, they have their own language,” Scorsese explained to EW.

Scorsese went on to hint, somewhat murkily, at how Pesci was finally convinced to join The Irishman’s cast.

“These are individual choices and sometimes people don’t want to do something for different reasons,” Scorsese says. “It could be, financial issues. You could have that — I’m not saying he did, right? It could be family issues. It could be health. It could be boredom from doing a certain kind of film. Playing a certain character. Ultimately, if Bob asks enough and he pushes enough, does this makes sense? Let me put it this way: It would have to be comfortable for [Pesci] to make it, you know?”

Pesci ended up agreeing, the director says, after Netflix decided to finance the film. Until then, The Irishman was being developed by Paramount and struggling to get studio backing for its ambitious vision of a saga (with a budget of $159 million) that spans decades and uses pricey de-aging special effects to tell a tale of a trio of underworld figures over the course of decades.

“When Netflix got into the picture — because then we had the backing,” Scorsese says when asked what was Pesci’s tipping point. “It’s not even about the money or about being compensated and appreciated for your value. It’s about the physicality of [making a film] where nobody’s giving you anything. At a certain age and physicality for the actors, it may not be worth it.”

In addition to De Niro and Pesci, The Irishman also stars Al Pacino as Teamsters leader Jimmy Hoffa in his first-ever role in a Scorsese film.

The Irishman opens in theaters November 1 and hits Netflix on November 27.