Robert Downey Jr. May Star in HBO Drama from the Creator of ‘True Detective’

The “Iron Man” star could be returning to TV as iconic lawyer Perry Mason. 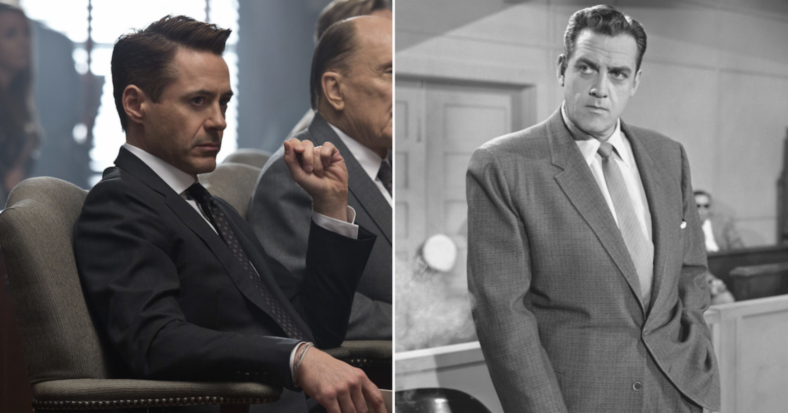 It seems that True Detective creator Nic Pizzolatto may have uncovered the best way to make a splash with his return to HBO. While it’s pretty difficult to top Matthew McConaughey and his portrayal of mystical homicide detective Rust Cohle, Hollywood heavyweight Robert Downey Jr. could be just the ticket.

According to Variety, The Iron Man star will star in and executive produce a Perry Mason reboot for the small screen, with Pizzolatto at the writing helm.

Downey Jr. has been attempting to reinvent the book-turned-radio series-turned-TV program since 2011, with no luck. Working alongside Pizzolatto, which is probably eager to redeem himself after an abysmal second season of True Detective, might just be what the project needs to get off the ground.

Vanity Fair, for one, thinks Downey would be perfect to reprise the old-timey courtroom drama that ran from 1957 to 1966, in a remake that aims to be considerably edgier than the original show:

The role seems tailor-made for Downey: after playing lawyers in The Judge and on Ally McBeal, and detectives in both Sherlock Holmes and the pulpier Kiss Kiss Bang Bang and The Singing Detective, he would now get the chance to do both.

And since HBO thrives in the prestige drama department, with stellar ratings from shows like Game of Thrones and The Night Of, it could nicely replace shows that are rounding out their final seasons.

With any luck, Perry Mason can air right after HBO’s latest coke-dusted  biopic of J.Lo as ‘Cocaine Godmother’ Griselda Blanco. That combo sounds like ratings gold, for sure.