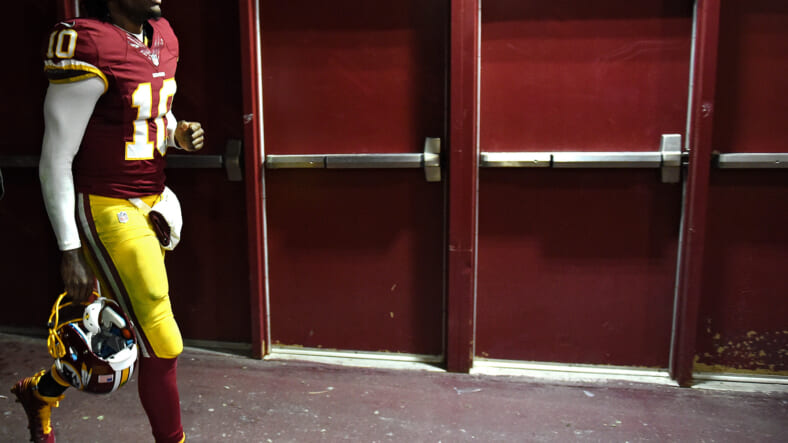 After the Washington Redskins ended their season with a loss to the Green Bay Packers on Sunday, Robert Griffin III cleaned out his locker at FedExField for what’s likely the last time. If the 25-year-old quarterback ever returns to D.C., it will be as a member of another team.

But even after a season that could have left him saltier than his own emo tears, Griffin parted with some kind, if slightly contrived, words.

RG3 cleared out his locker today, save for this note. pic.twitter.com/rjcKheHHSN

OK, so it’s the kind of mass-produced motivational drivel sold on a canvas at Target, but let’s give RGIII credit for not leaving a poster of a middle finger and mooning everyone on his way out. After his season, we would have understood; RGIII didn’t get to play a single snap in the 2015 regular season.

Even with all the disrespect from his team, Griffin didn’t stir up any shit about the way he was treated and remained a model citizen in Washington, D.C. Whatever his faults on the field, the guy conducts himself off of it with unexpected maturity, right down to this note, which is the kind of thing a mature women of 62 would post on Facebook. Happy trails, Griffin. See you very, very soon.