“The puzzle of it becomes quite satisfying, to think: Where’s my opening?” 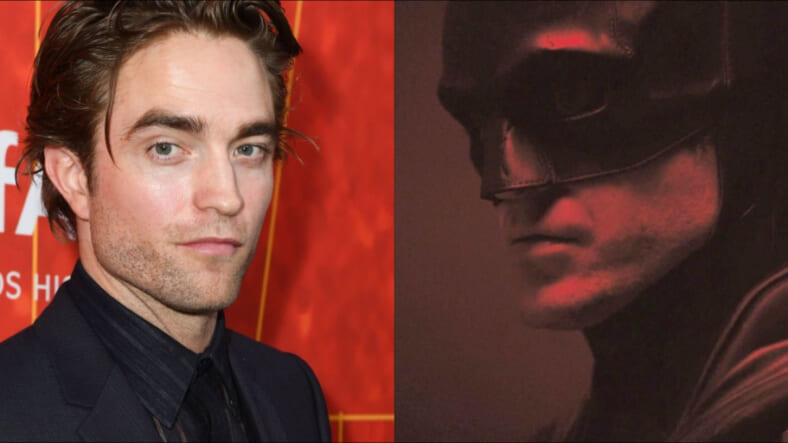 Robert Pattinson was in the United Kingdom filming Matt Reeves’ The Batman when he had to go into coronavirus quarantine. And as he told GQ for a recent cover story, he’s pretty much going just as crazy as the rest of us.

He even had to provide his own photos for the shoot, and they are, well, honest.

For the June/July issue of GQ, Zach Baron spoke with Robert Pattinson. Hit the link in bio for a dispatch from his isolation.

But Pattinson has always been kind of eccentric as leading men go, a guy who definitely does his own thing, and his interview with the magazine was candid and revealing, particularly his frankness about playing Bruce Wayne/Batman, a role that’s been stamped by numerous strong performances before him, such as Christian Bale‘s growling, truly dark version and Ben Affleck‘s more brutal, angry interpretation.

Pattinson jokingly threw the question back at the interviewer then answered in full. “I think sometimes the downsides,” he said, “which I’ve definitely thought about—the downsides kind of seem like upsides.”

He then told of watching video about “the making of Batman & Robin” and said, “…Even then, George Clooney was saying that he was worried about the fact that it’s sort of been done, that a lot of the ground you should cover with the character has been already covered.”

And then there’s Christian Bale, and Ben Affleck’s one. And then I was thinking, it’s fun when more and more ground has been covered. Like, where is the gap? You’ve seen this sort of lighter version, you’ve seen a kind of jaded version, a kind of more animalistic version. And the puzzle of it becomes quite satisfying, to think: Where’s my opening? And also, do I have anything inside me which would work if I could do it? And then also, it’s a legacy part, right? I like that. There’s so few things in life where people passionately care about it before it’s even happened. You can almost feel that pushback of anticipation, and so it kind of energizes you a little bit. It’s different from when you’re doing a part and there’s a possibility that no one will even see it. Right? In some ways it’s, I don’t know… It makes you a little kind of spicy.”

He was essentially implying that he liked the challenge of previous interpretations so he could find a sweet spot that didn’t copy anyone else and stamped the role.

So… we can expect Pattinson’s Batman to be “spicy,” maybe.