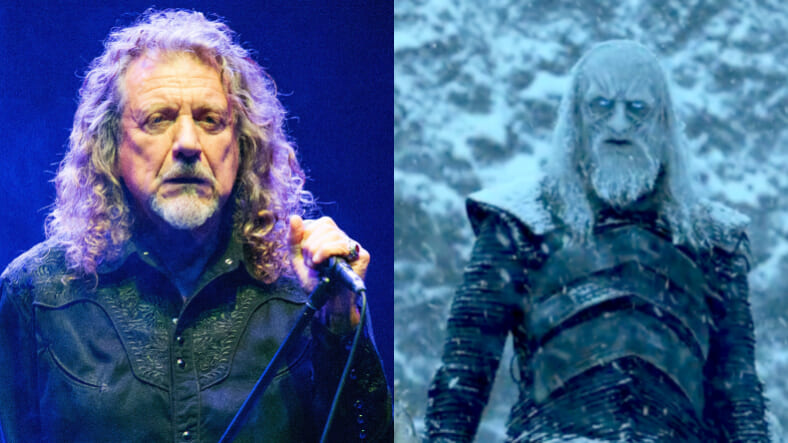 Game of Thrones has featured cameos from a variety of musicians, including indie-pop sensation Bastille, prog metal pioneers Mastodon, and singer-songwriter Ed Sheeran (that one didn’t go over so well). But there was one rock star that the runaway hit’s showrunners couldn’t get to make a guest appearance: Robert Plant.

The legendary Led Zeppelin singer revealed that he turned down a role on GoT because he didn’t want to be “typecast” in an interview with Canadian TV personality George Stroumboulopoulos.

“I mean, I started that shit,” Plant said. “Go back to ‘Immigrant Song,’ Led Zeppelin being part of a cultural exchange in Iceland with the Icelandic government.”

Indeed, the lyrics to the iconic single are written from the perspective of a Norse Viking—close in subject matter to that of the HBO fantasy series. And, as Uproxx notes, the songs “Misty Mountain Hop and “Ramble On” are rife with nods to the Lord of the Rings trilogy.

Neither Plant nor his publicist remembered what part was offered, but it involved riding a horse and sneering. He certainly would have made for a convincing White Walker.