“I had the grossest things done to me by him, and I never took offense.” 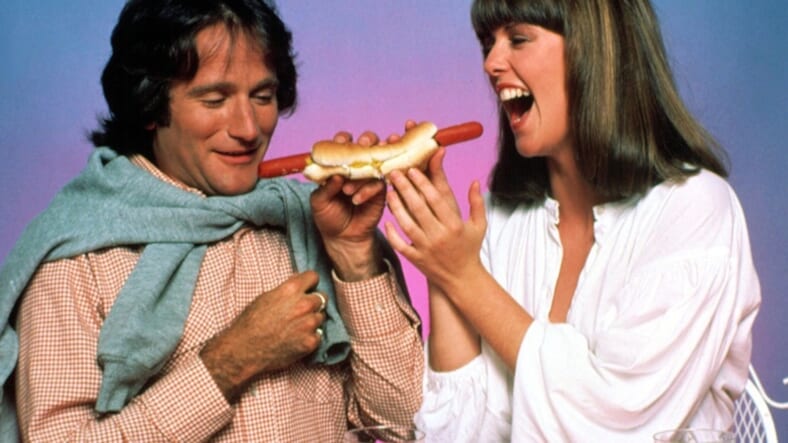 Dawber said that Williams, who committed suicide in 2014, would grab her breasts, walk around the set naked and even fart on her while filming the classic sitcom that starred Williams as a wacky alien. Hoo boy, times sure have changed.

“I had the grossest things done to me by him,” she said. “And I never took offense. I mean I was flashed, humped, bumped, grabbed. I think he probably did it to a lot of people … but it was so much fun.”

Dawber chalked it up to the manic Williams’ playful nature and that this all went down before any of such behavior would be considered harassment.

“If you put it on paper, you would be appalled,” she added. “But somehow he had this guileless little thing that he would do — those sparkly eyes. He’d look at you, really playful, like a puppy, all of a sudden. And then he’d grab your tits and then run away.”

Mork & Mindy aired for four seasons from 1978 to 1982. Williams played Mork, an alien sent to Boulder, Colorado to study humans, before finding a human roommate in Mindy, played by Dawber.

More of Dawber’s interview will feature in David Itzkoff’s upcoming biography Robin, which is due out May 15th.