Def Leppard, Stevie Nicks, Radiohead, Janet Jackson and Rage Against the Machine are among the 15 nominees…who deserves induction the most? 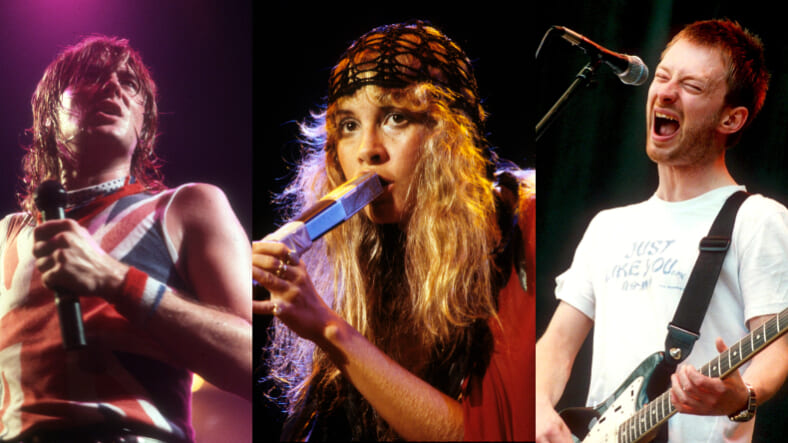 Fifteen groundbreaking artists have been nominated to join the Rock and Roll Hall of Fame’s Class of 2019.

Each nominee’s first single or album had to be released in 1993 or earlier to be eligible for this year’s ballot.

Several of the nominees have appeared on previous ballots, but this is first appearance for Def Leppard, Devo, Prine, Roxy Music, Nicks and Rundgren. Radiohead and Rage Against the Machine both made their debut appearance last year in their first period of eligibility. This is the fifth appearance for Kraftwerk and LL Cool J, the fourth for the Zombies, the third for Janet Jackson and Rufus featuring Chaka Khan and the second for the Cure.

More than 1,000 artists, journalists and music industry insiders will vote to decide which acts will be inducted on March 29, 2019 at a ceremony at Brooklyn’s Barclays Center. Fans can participate by voting on the Rock and Roll Hall of Fame’s website or in-person at the museum in Cleveland.

An HBO broadcast of the event will air later in the year.

As usual, the news has been met with a mix of celebrations from fans of the nominees and complaints from fans of snuffed artists. Here’s how people are reacting on Twitter:

Soundgarden and Nine Inch Nails were snubbed by the Rock And Roll Hall Of Fame once again, like wtf??

DMB have sold MILLIONS of albums and played to MILLIONS of fans. I'm shocked that they are not on the rock and roll Hall of fame ballot pic.twitter.com/yFLzCarK2u

Time for my annual tweet to point out how ridiculous that @soundgarden is not nominated for the Rock and Roll Hall of Fame pic.twitter.com/zNwxyMdpyf

why am i not surprised that's happening right after all the bakstabbing she did to the one who got her where she is.

Where is @judaspriest and @IronMaiden. These guys have been rocking the world for 40 years and have influenced more musicians than most of the bands already in the hall.

Todd rundgren should be a no brainer . Long overdue

Who deserves induction the most?