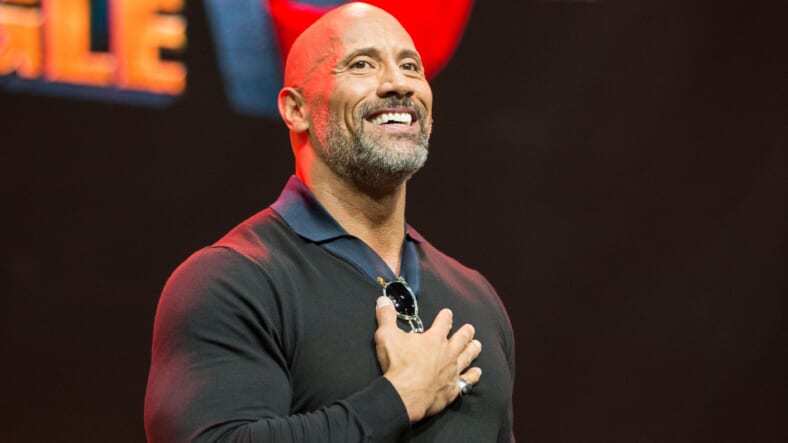 During an appearance on Ellen with Jumanji co-star Kevin Hart, Dwayne “The Rock” Johnson, aka the world’s second-highest paid actor and all-around badass, announced that his much buzzed-about run for the White House is no joke.

Ellen DeGeneres put the Johnson on the spot when she straight-up asked him, “Will you run?” In return, she got a straight-up answer.

Hart backed him up, saying, “If he were to put himself in that position, he would get my support wholeheartedly.”

It’s just the latest allusion to a presidential run Johnson has posited in recent memory.

In late October at LA Comic-Con, he addressed a similar question from a fan.

“I think,” said the former WWE superstar, “the ‘People’s President’ has a really nice ring to that. I’ll just say that.”

In a July interview with Vanity Fair, he told readers not to “rule it out.”

“I wouldn’t rule it out. It would be a great opportunity to help people, so it’s possible. This past election shows that anything can happen.”

On The Tonight Show Starring Jimmy Fallon, he made a short list of reasons that he’s suited to the job.

“It’s so flattering and I think it’s because a lot of people want to see a different — I’m sorry not different, but better leadership today — and I think more poise, less noise.”“I think over the years I’ve become a guy that people relate to. Get up early in the morning, go to work, spend time with the troops, take care of my family, I love taking care of people. And I think that kind of thing really resonates with people today.”

And then there’s his GQ profile, in which he called the notion of a Rock presidency “alluring.”

Would you vote for him?