Roger Moore Has Found a Home Fit for James Bond

The actor talked to Maxim about his glamorous life in Monte Carlo. 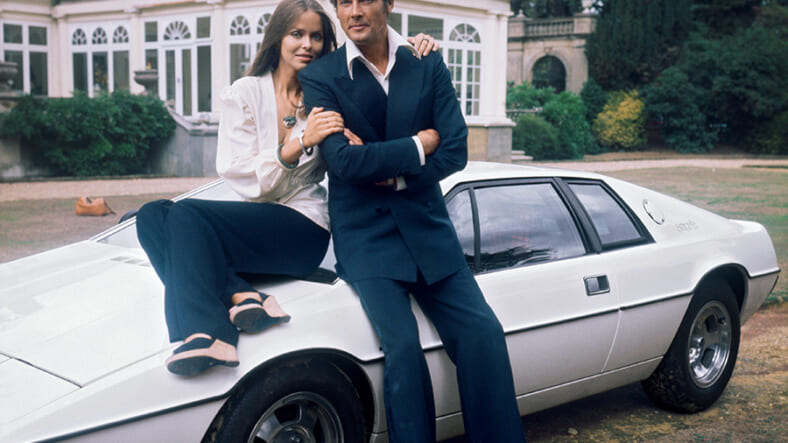 Danish-Swedish socialite Kristina Tholstrup heard it but didn’t believe it. She’d already been fooled once at the dinner party that night: Someone claimed Sammy Davis Jr. was coming, but they were joking about a house cat named Sammy. Then the door opened and in walked Roger Moore—the man, the legend, still dapper as ever. The two soon fell in love. She lived in Monaco; he wanted to join her. And that’s how Moore came to live in the setting that would glamorize James Bond films.

When Sir Roger Moore moved to Monaco, it was when the set they called jet partied all day, all night. Monaco was the playground for the moneyed, the models, and the mavericks. “Now,” he says, “it’s very much my home. There’s an amazing social life here—it’s a part of living in Monaco and Monte Carlo that will always be exciting.”

Moore came from considerably humbler beginnings. His mother was a housewife, and his father a policeman. His family was evacuated from their London home during World War II, and after the war ended, at the age of 18, he was drafted into the military. The man who would later become 007 was given his first number: 372394, his Royal Army service ID. But Moore had dreams of acting, and he pursued them with vigor. Success did not come easy. He was cast in small roles, painstakingly building his career through short-lived television shows, until he landed the gig that would make him famous: Bond. James Bond. He played the role from 1973 to 1985. Many years later, in 2003, he would take on another title—Sir Roger—after being knighted for his work with UNICEF.

When Moore went live on the 5 o’clock NBC news to announce the next James Bond film, he nearly scandalized everyone in the room. “I said I would be back in Octopussy,” Moore recalls, “and the lady interviewer looked horrified. You could feel their little mouths curled up in the control room. But it didn’t occur to me that I’d said anything wrong!

“Daniel Craig had more action in the first 30 seconds of Casino Royale than I had in 30 years,” Moore says. And he can find plenty of that still alive in Monaco, surrounded by extravagance. “This is the only place in the world where you can park a Bentley without someone coming along with a key and scratching it. This is not a town with envy, which is why I like it.”

Today many of his tastes are simpler. He likes to relax with an espresso Magnum ice cream and appreciate the views from his apartment: One side looks across at the Japanese Garden, and the other at the sea. And although he still loves a luxury ride, he now drives a Smart car.

Recently, when he parked it at the Hôtel de Paris Monte Carlo to have lunch, a Londoner at an outside table turned to his friend and said, “What’s bleeding James Bond doing getting into a tin of Heinz baked beans?”

But Moore only laughed. When you’re James Bond, you can drive whatever you want.