Roger Waters Rejects Facebook Ad Money, Calls Mark Zuckerberg ‘One of the Most Powerful Idiots In The World’

The Pink Floyd rocker says Facebook is trying “to take over absolutely everything.” 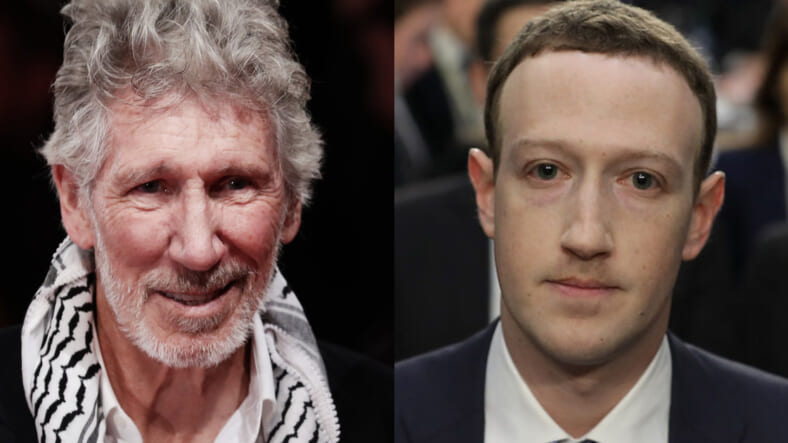 It’s safe to say that Roger Waters of Pink Floyd fame will never play “Wish You Were Here” with Facebook founder Mark Zuckerberg in mind. In fact, a Rolling Stone report on Waters’s appearance at an event supporting embattled Wikileaks boss Julian Assange indicates he’d rather put Zuck on a spaceship and “Set the Controls for the Heart of the Sun.”

Facebook recently reached out to Waters requesting permission to use “Another Brick in the Wall, Part 2” in an ad for Instagram.

At the Assange event, Waters was unequivocal with his response to that request. From Rolling Stone:

“It arrived this morning, with an offer for a huge, huge amount of money,” Waters said. “And the answer is, ‘Fuck You. No fuckin’ way.'”“I only mention that because this is an insidious movement of them to take over absolutely everything,” he continued. “I will not be a party to this bullshit, [Mark] Zuckerberg.”

Yes, Zuckerberg is insanely wealthy, a condition that might lead some to assume he’s untouchable, just as his public persona gives the impression he’s pretty unflappable. But when a legendary rocker calls you out, it has to sting a little.

Roger Waters wasn’t even done. At the same event, RS reports that the bassist and composer read a portion of the Facebook request letter aloud. According to Waters, the letter said in part that they “feel that the core sentiment of this song is still so prevalent and so necessary today, which speaks to how timeless the work is.”

He wasn’t having it. “And yet,” Waters continued, “they want to use it to make Facebook and Instagram more powerful than it already is so that it can continue to censor all of us in this room and prevent this story about Julian Assange getting out into the general public so the general public can go, ‘What? No. No More.'”

The New York Post noted that Pink Floyd permitted certain uses of the band’s music in the past — unless, that is, the music wasn’t going to support “a ‘good cause.'”

If Roger Waters’s vitriol stings, Zuckerberg might find it comforting to note, as Rolling Stone did, that Waters is a pretty famously contentious guy. As recently as the beginning of June, he made a big public issue of a dispute he’s long had with former bandmate David Gilmour over who should get more credit for Pink Floyd’s successful early albums like Animals, The Dark Side of the Moon, and The Wall.

Zuck could get in touch with Gilmour. He knows better than anyone what it’s like to be on the wrong side of Roger Waters’s wrath.