Darth Vader May Return More Brutal Than Ever in ‘Rogue One: A Star Wars Story’

And a familiar voice may be returning to play him. 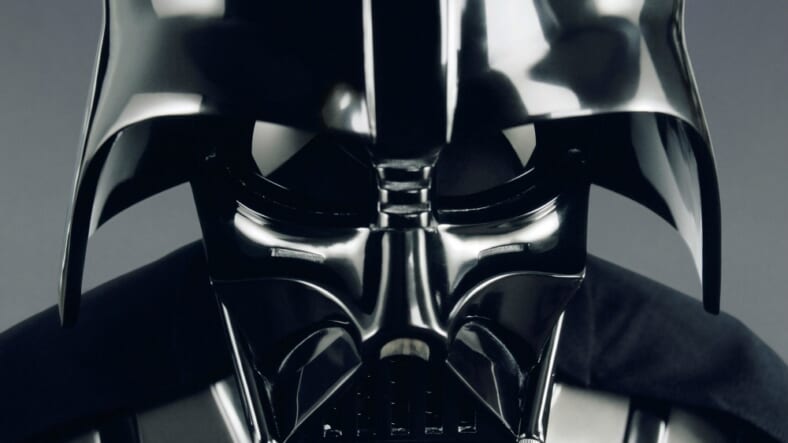 Warning: The following post includes reliable rumors about Rogue One, so don’t continue if you want the movie to be a complete surprise.

According to Making Star Wars, “Most of the rumors have him as a prominent player in a few scenes and something to fear for the heroes,” who in Rogue One: A Star Wars Story are the rebel spies who are plotting to steal plans for the Death Star.

The action sequences filmed are unknown, but there was work pitching the different ways Darth Vader could kill rebels on a battlefield with the Force and his lightsaber. The storyboard “pitches” showed decapitated rebels, people being dismembered by Vader throwing his sword, levitating bodies to make human shields, and so on. The art was more violent than what we’ve seen Darth Vader do on screen before.

And here’s the best part: James Earl Jones is reportedly on board to providing Darth Vader’s voice, though it is still unknown what actor will wear the Vader cloak. Apparently “Darth Vader is being played by a new person that has never played him before.” As long as it’s not Adam Driver, we’re cool.