Why Cuban Cigars Are Still The World’s Finest

These superior smokes are what stogie-smoking dreams are made of. 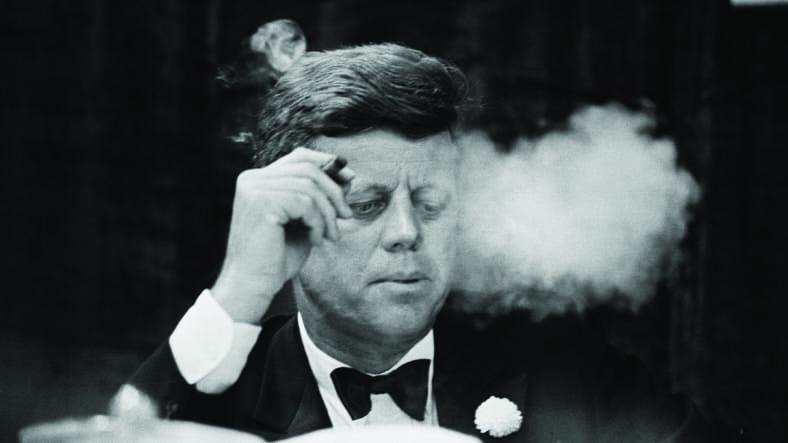 When it comes to cigars, Cuba’s are the stuff of legend; the country’s most famous export is practically an empire unto itself. Before Kennedy signed the trade embargo in 1962, he famously sent an aide around to a dozen cigar shops to procure a stockpile of his favorite brand, and only put pen to paper when he was satisfied with the count.

Cuba is to cigars what Bordeaux or Napa is to wine: equal parts tradition, terroir, and myth. That combination has created a larger-than-cult following for its most prized brands, including Montecristo, Romeo y Julieta, and the granddaddy of them all, Cohiba.

It’s become a point of pride among Americans to smoke Cuban cigars whenever and however they can. And for the rest of the world, amassing gigantic and varied collections of all the latest products coming out of the island is a sign of status. But for even the most connected titans and oligarchs, some products remain nearly beyond reach—rare private issues they may never have a chance to buy, or may never even know exist.

Cohiba is always a major focus of collectors, primarily because, since 1966, it has been the personal blend of Fidel Castro. It was made exclusively for El Commandante until 1968, when a very small quantity was made available to the public.

The Cuban state has an official diplomatic band (pictured left) that adorns its cigars, most of which go to world leaders, and there’s no way of knowing how many of them exist. Even more distinctively, King Felipe VI of Spain receives cigars with a unique band from Cuba, a longstanding tradition based on the strong relationship between the two countries. It’s widely counterfeited.

Ajay Patel, who owns the La Casa del Habano cigar shop in London, is the international gatekeeper of these rarefied products. His impressive collection includes every major special release from Cuba since the 1960s, those sometimes impossible-to-get cigars that were made for milestones or specific people, or a very long time ago.

That list includes anniversary releases like the Cohiba 1996 Doble Robusto, for which only 45 humidors and 1,000 jars were produced to celebrate the brand’s 30th anniversary. “That was the first time since the revolution they made a porcelain jar,” says Patel. “The cigars smell stunning right now: It’s like an overripe fig smell—the moment you open the lid, that’s what hits you.”

Ten years later, for its 40th anniversary, Cohiba released a humidor designed by French maker Elie Bleu. Limited to 100 units, it was the first appearance of the now infamous Behike blend, a spicier, bolder Cohiba cigar that became an instant classic. But Cohiba isn’t the only name in the realm of the rarefied. Three atypically branded products actually tend to fetch the most at auction these days. Patel calls them the Trinity.

The latter was made to commemorate the sale of Cubatabaco to Habanos, a milestone that might not mean much to the rest of the world, but means quite a bit to collectors, if only for the extreme rarity of the cigars—each of the editions above goes for as much as $50,000 at auction.

There are less obscure items that collectors covet, too, and by nature of their age and popularity, they’re hard to find. Patel says he gets requests every day for things like Cuban Davidoffs from the 1970s, Dunhills from the 1960s—the stuff of Gordon Gekko’s dreams. “Then when I shoot an email back and tell them the price,” says Patel, “they just drop off their rocker.”

Older cigars can often garner high prices, but the problem is that most cigars from, say, 1910 don’t survive. Many times they’re not well stored; a cigar left out of proper humidification for a decade isn’t going to be smokable. Another complication is that those manufactured before 1984 lack details of their production dates on the packaging, so while a box you purchase today from a tobacconist will give you the month and year it was made, cigar traders and dealers of older stock will make a rough estimate based on warranty seals and minor details.

Still, cigars don’t have a shelf life, and it’s rare for them to be well-kept. When they are it’s a delicate and delicious experience: Decades of mellowing means the tobacco’s flavor is rounded and smoother, sweet, and, some say, perfected.

Like wines, these decades-old treasures are only getting harder to find and more expensive by the day. But don’t be discouraged. If you haven’t started a collection, it’s never too late to dip your toe in. This year marks the 50th anniversary of the Cohiba brand, and that means some limited-edition showstoppers are on the way. Habanos will be releasing 1,966 humidors containing the new Majestuoso, with a fatter, 58-ring gauge size. The company is also producing 50 humidors with Elie Bleu that will be filled with the new (and gigantic) 60-ring Cohiba 50 Aniversario: the thickest Cohiba ever created.

BEST OF THE RESTWhile Cubans enjoy a larger international collector’s market, the U.S. has long been the main recipient of rare cigars from the rest of the tobacco-rolling world. Caribbean countries like Honduras, Nicaragua, and the Dominican Republic are home to brands that produce magnificent cigars in extremely limited quantities. Cubans are, for the moment, still illegal, but they may actually be easier to acquire than some of these sought-after legal treasures. We recommend enjoying them at New York’s legendary cigar club, the Grand Havana Room.

Arturo Fuente’s Fuente Fuente OpusXReleased just twice a year, the king of Dominican cigars comes in dozens of sizes, ranging in rarity from findable to “not made for the public.” They’re produced in odd shapes, with names like Scorpion and Football (fewer than 100 Footballs have ever been made).

Davidoff Year of the Monkey 2016Davidoff regularly finds excuses to celebrate holidays and special events with new products, but they really do it in style for Chinese New Year. For the Year of the Monkey, they released a special blend in just a few thousand boxes of stock worldwide, which promptly became collector’s items on the aftermarket.

Tatuaje Monster SeriesMore art piece than cigar, the Tatuaje Monster Series is an annual Halloween release that pays homage to classic horror-movie villains like Dracula and the Wolfman, except the only thing that’s scary about them is how hard they are to find. The cigars and boxes are designed to coincide with the character of a chosen year, most recently Mr. Hyde.

Padrón 50th Anniversary HumidorWhen the Padrón brand turned 50 in 2015, the company released a limited number of special humidors, filled with a unique size of the new 50th anniversary blend cigars. Only an owner of one of those humidors—and no one else—may purchase refills of the cigar for personal use, in perpetuity.