She’s going for that ‘Eye of the Tiger.’ 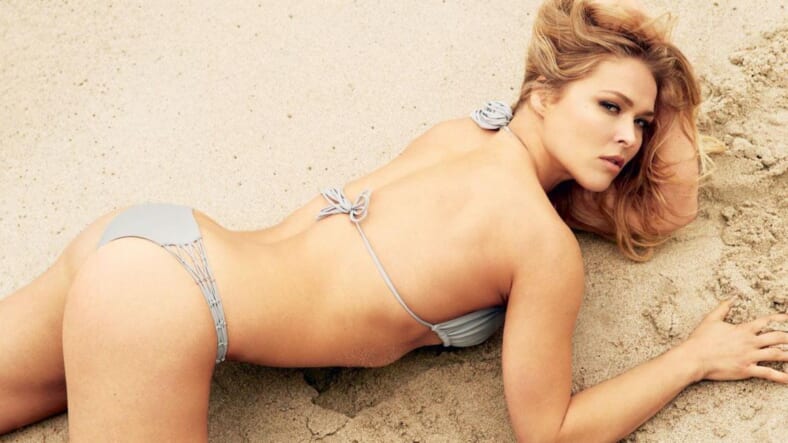 After Ronda Rousey lost to Holly Holm last year, students of schlocky ’80s cinema noticed a eerie parallel between Ronda’s story and that of Rocky Balboa. Think back to Rocky III for a moment, Rocky was the champ but he was constantly fighting chumps. He spent more time on TV than in the gym and lost the fire in his belly. Enter Clubber Lang, a hungry, focused fighter with a singular mission—taking the title for his own.

Sound familiar? Holly Holm was Rousey’s Lang, and just like Mr. T’s power-punching bruiser, she knocked out the champ. The parallels continued after the fight too with Rousey, like Rocky, falling into a deep depression.

And now it’s still going, because just like The Italian Stallion in Rocky III, Ronda has taken to the beach to find her way. On Tuesday cameras captured her and some teammates throwing punches in the sand on Venice Beach.

Not quite as cinematic as Rocky and Apollo frolicking in the surf, but hey, this is real life.

As Rousey’s comeback continues, we’re still waiting to learn when her next fight will be. But if she keeps following Rocky’s lead, she’ll take on Holm again and knock her out. Then next year she’ll fly to Russia and fight a steroid eating giant on Christmas day. Guess the similarities have to end somewhere.