There’s no bun in this oven. 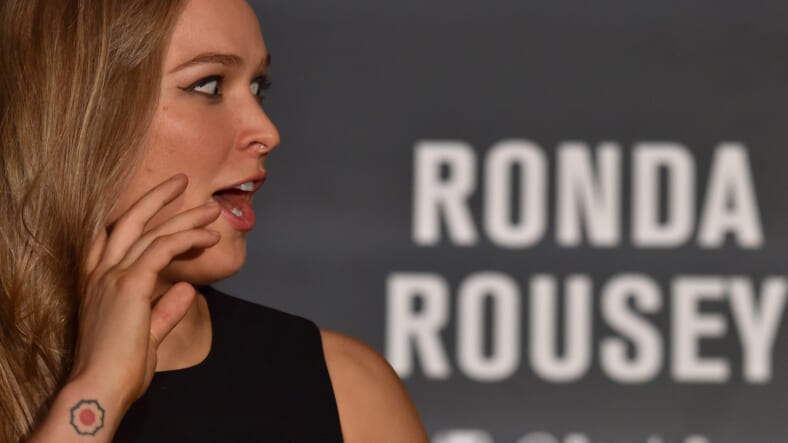 She’s made that abundantly clear over the years by relentlessly talking shit about the woman who was once the UFC’s biggest attraction. On Thursday night, Cyborg hit Rousey again by introducing a rumor that would explain why her return to the Octagon is taking so long.

Well! That would certainly be an interesting wrinkle in Rousey’s return. At least, it would be if it were true.

That leaves Rousey tentatively on track to return to the cage in November, when the UFC finally makes its New York City debut at Madison Square Garden. Who she will fight remains a mystery given the upheaval in the UFC women’s bantamweight division that began with Rousey’s loss to Holly Holm last November.

Beginning with that fight, the women’s bantamweight champ has lost three in a row. After Holm beat Rousey, she lost to Miesha Tate. Earlier this month, Tate lost to Amanda Nunes.

So, maybe Rousey fights Nunes in November for the title. Or maybe the UFC stops pretending anyone cares who has the belt and finally gives Cyborg what she’s always wanted—a shot at Ronda.