Her sister opens up about the former champ’s loss in a revealing essay. 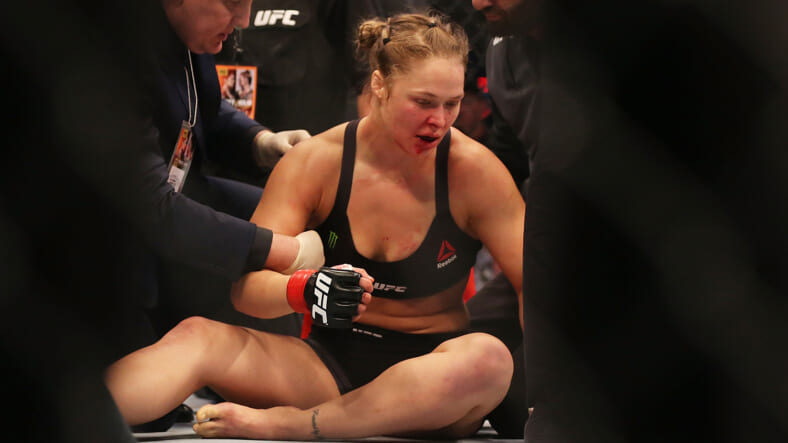 Up until November 3rd, Ronda Rousey wasn’t just without a loss, but without vulnerabilities. She was undefeated, sure, but she was also untouchable — or so she thought.

Holly Holm changed all that, and in the process, changed Rousey. That’s not blind speculation; it’s the word from someone who’s known Rousey her entire life. Her sister Maria Burns Ortiz has a different perspective on Rousey’s lost as part of the former UFC champ’s “inner circle,” as she writes in a thoughtful piece for Vice Sports.

And the view from that inner circle is rather grim. In her piece, Burns Ortiz writes that Rousey’s knockout at UFC 193 in Sydney was “the moment when a part of my loved one died.” Watching Rousey’s defeat was watching “someone I cared about have her soul crushed.” She goes on to write that she’s watched her sister “get back up” since then, but the damage, it seems, was done — and not just by Holms foot in Rousey’s face.

If that sounds hyperbolic, it probably should. But it’s also not much of a surprise. Whether it’s winning fights in under a minute or turning herself into an inescapable household name, Rousey always seems to go over the top. Why should losing be any different?