Started at the bottom. 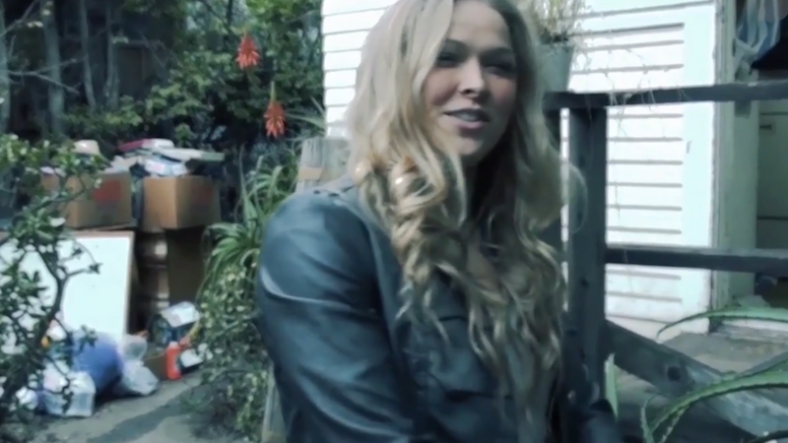 Five years ago, Ronda Rousey was a little-known Olympic bronze medalist in Judo who was getting her first taste of professional MMA with small time promotions like Hard Knocks Fighting and King of the Cage. At the time, she also lived like a hobo.

In a clip from an upcoming documentary about her life called In Her Father’s Eyes, Rousey shows off the hellhole with a sense of pride. Sure, it looks like shit, but it’s a representation of  where she came from and a time in her life when fighting was the only thing that mattered. Cleanliness, certainly didn’t. “I don’t know how we haven’t come up with a new strain of cholera, or something,” she says in the clip.

Looking back at #UFC star @RondaRousey before she became a starhttps://t.co/7IcCaThYxJ

Eventually, Rousey made it out of the Venice Beach hovel, but moving was hardly a priority. Hell, she still lived in this “comfortably unkempt” home when she was profiled in The New Yorker in 2014. But hey, no matter how filthy this place was, it was better than where she slept before she moved in—a 2oo5 Honda Accord.