It’s about to get Rowdy on the cell block. 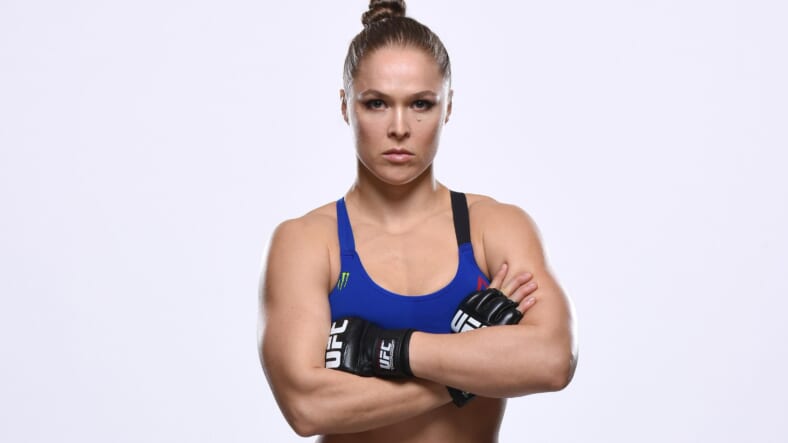 Ronda Rousey really isn’t wasting any time. She’s all but officially done with the UFC and just as many have always assumed is heading full-steam into an acting career.

We recently learned she’s beginning with a gritty role as a prisoner in the NBC drama Blindspot, and now we know how those classic orange prison scrubs look on the former champ. In a word, intimidating.

Ronda is playing “Devon Penberthy” in the action-filled show. Who’s that, you ask? Well, Devon is “a tough, athletic woman who knows how to fight” and she’s been incarcerated after being charged with weapons trafficking.

And apparently, Devon ends up getting into some bloody, violent situations.

We’ve no doubt that Rousey has fully switched focus at this point. It was evident when she hosted Saturday Night Live that she’d leveled up as a performer and this looks like more evidence that she’s out of the octagon and into screens big and small to stay.