The Rowdy One has a good reason she’s not interested in streaming her own game play. 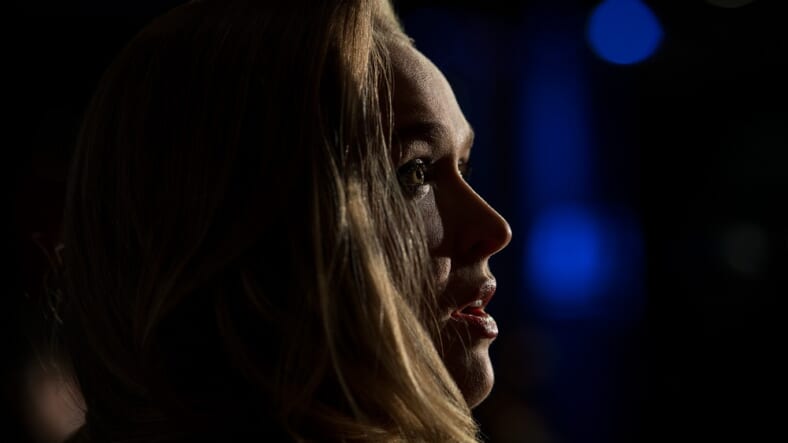 Ronda Rousey sounds like she’s feeling better every day after taking time to recover from her shocking—and for Rousey personally, deeply depressing—defeat by Holly Holm in UFC 193. So it was nice to check out the Maxim fave talking about some of her favorite things in an interview she did with GameSpot, published Friday.

Rousey, who has always been open about her love of games and gaming culture, joins UFC champ and champion motormouth Conor McGregor on the upcoming EA Sports UFC 2. She told GameSpot that doing motion capture work to transform into the EA Sports digital version of herself wasn’t as strange as it might seem—however the fleet-footed bantamweight is a little thrown by having to wear shoes as part of a motion-capture suit. “[Both] MMA and judo are barefoot,” Rousey said, “doing small movements like stutter steps or lunging makes you slip a little bit inside your shoe, so my movements are a little bit different.”

Rousey also said she doesn’t actually enjoy playing her character in games. It causes a kind of cognitive dissonance because “I don’t like feeling like I don’t have immediate control over my body.”

When asked later in the interview whether she would ever consider  live-streaming herself as she plays a video game, Rousey noted that her friend and fellow UFC bantamweight Jessamyn Duke streams game play and even “pays her bills streaming!”

This article beautifully articulates my feelings lately. I feel so fortunate to have such amazing friends. #4horsewomen http://combatpress.com/2015/11/love-her-or-hate-her-ronda-rousey-makes-you-watch-mma/

“I think that’s so awesome,” Rousey said of Duke’s live play, “I told her she should do it in a bikini.” Rousey didn’t seem too interested in doing the same, though, joking that “I’d be titties out with controller in hand like ‘Let’s do this.’ (…) But no, I don’t think so. My commentary during games is not that exciting. It’s more of my relaxation and alone time than anything.”

Rousey went on to say she’d actually gotten into MMORPG World of Warcraft upon learning a movie was being made based on the game. “I think they should make more movies based on video games to be honest,” she told GameSpot, “I think that would be really cool.”

We couldn’t agree more, and not just because she’s Ronda Rousey and could totally whip our asses if we did disagree. No way.