Watch Roy Jones Jr. Knock Out a Fan in the Saddest Fight of His Life

Not exactly his biggest challenge. 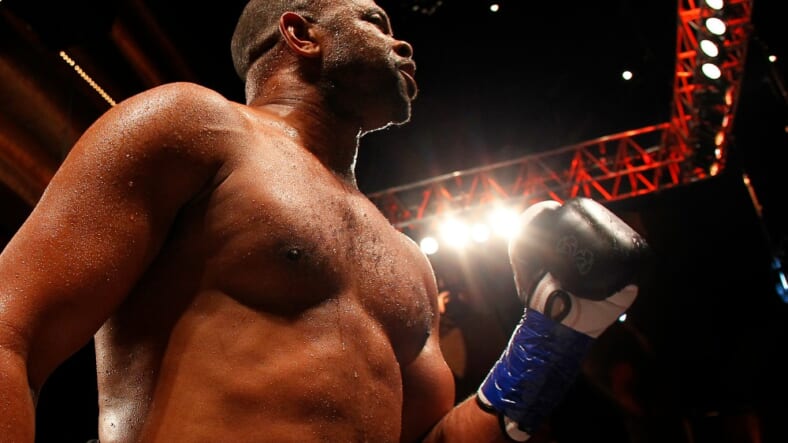 At 47, nine-time world champion Roy Jones Jr. isn’t too old to compete at the highest levels of his sport. But it appears he’s given up anyway.

Over the weekend Jones debased himself by appearing atop the fight card of UR Fight Live, a $12 streaming Pay Per View event that included wrestling and MMA matches in front of a sea of empty chairs. Jones opponent was Vyron Phillips, an unknown MMA fighter who won a Facebook contest. If he could somehow knock Jones out, he’d win $100,000.

Let’s go to the tape:

To Phillips credit, he lasted into the second round with Jones. But reports from people who subjected themselves to this disaster say that the champ toyed around with him in the first round before putting him on the mat.

All told, this was a pretty depressing fight. In one corner, there was a 33-year-old fighter with delusions of grandeur getting his brain rocked by a man with iron fists. In the other, there was a boxer whose name belongs in any conversation about the GOAT, knocking out an amateur in the same ring where Riff Raff just finished performing. But considering what happened the last time Jones got into the ring, a December 12th bout with Welsh cruiserweight Enzo Maccarinelli, maybe fighting amateurs is the only way Captain Hook thinks he can win.