Jackie Chan Confirms That ‘Rush Hour 4’ Is Coming, But There’s One Big Catch

This needs to happen. 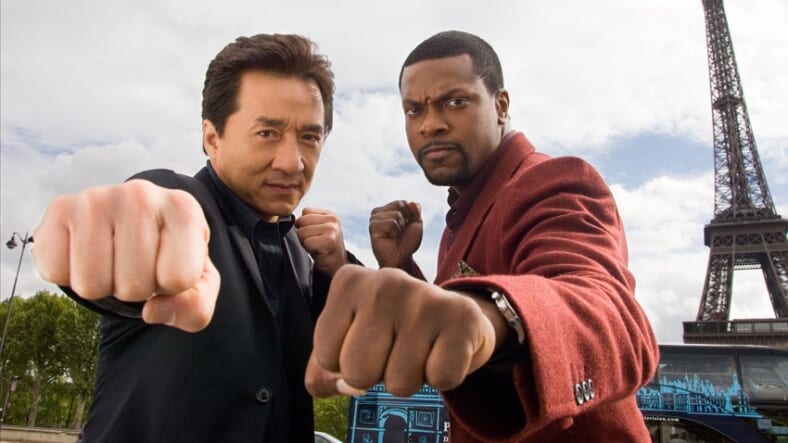 There have been rumors that we’d eventually see a fourth Rush Hour, but there were obstacles. For one, the actors are older, and age can slow even the seemingly indestructible Jackie Chan. For another, Chris Tucker became a born-again Christian and that impacted his career choices in a major way.

In a recent interview with an L.A. radio station, however, action superstar Chan revealed Rush Hour 4 is basically a go. Only one potential obstacle remains.

So the script for the new film, according to Chan, “will have a second draft” by the end of October, and filming will “probably” begin in 2018.

While EW reported that Tucker “has yet to comment publicly” about wanting to do a new Rush Hour, this MovieHole post from July seems to contradict that statement. It notes an appearance Tucker made on The View in which he said he and Chan “were talking about some stuff [for Rush Hour 4] so we’re thinking about doing something like that.”

We’ll keep our fingers crossed that Tucker is still as open to the idea as he seemed in July.

In the meantime, anyone who wants a dose of Jackie Chan-style action can check out The Foreigner, his new—and serious—action film. It hits US theaters on October 13.