Russell Crowe Bought a Dinosaur Skull From Leo DiCaprio, And It Was Actually A Great Investment

Crowe told Howard Stern that “there was a bunch of vodka involved in the transaction.” 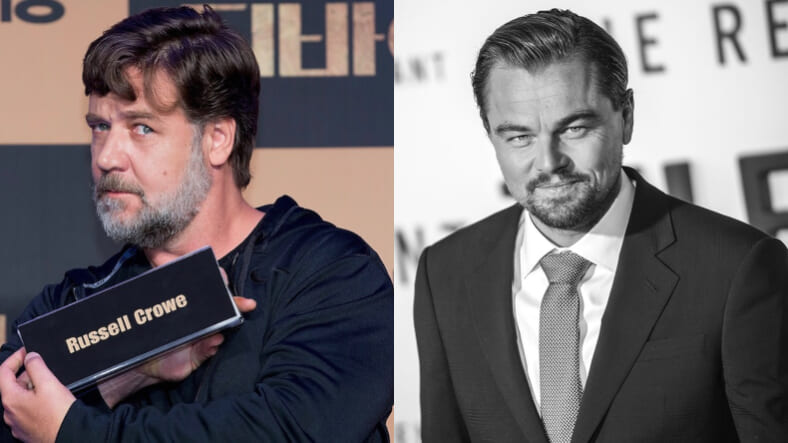 Russell Crowe once paid $35,000 for a dinosaur head he saw during a boozy night of partying at Leonardo DiCaprio’s house, and the skull turned out to be a great investment that has since more than doubled in value.

“I bought it for my kids, and you know, cut myself a little bit of slack here, there was a bunch of vodka involved in the transaction and it happened at Leonardo’s house,” Crowe recalled on Howard Stern‘s SiriusXM Satellite show this week.

“So you were drinking at Leonardo’s house, you guys were having a fun night, and you say to Leonardo, ‘Gee, this is fantastic, a dinosaur head’?” Stern asked.

“No, I think he started the conversation, he’s like, ‘I got this one, but there’s another one coming on the market that I really want so I’m trying to sell this one’ and I said, ‘Well, I’ll buy it’ I said ‘How much you want for it?’

Crowe didn’t remember what kind of dinosaur it was, but in 2018 he sold it through Sotheby’s Australia in an auction designed to pay for his divorce called (what else?): “Russell Crowe: The Art of Divorce.”

CNN has more details about the precise provenance of Crowe’s dinosaur skull:

The mounted skull is of a Mosasaur that the auction house described as “the fossil relative of the monitor lizard family, which includes the Komodo Drago, the Mosasaur was a giant, serpentine marine reptile, which was prevalent during the Late Cretaceous Period, approximately 65 million years ago.

Mosasaurs were formidable hunters, with a double-hinged jaw and a flexible skull enabling them to eat their prey whole.

“I think it’s almost doubled in value since I sold it,” Crowe told Stern, who responded that he thought a massive dinosaur head would be worth way more.

“It was not a very popular dinosaur,” Crowe said, explaining that he did it more for his kids than because he was sauced on vodka and had to have the prehistoric fossil.

“Part of the reason for buying it, is that when I did buy it around 2008, 2009, my kids, particularly my oldest were fascinated, into dinosaurs, so I said, ‘Here you go, here’s one for the playroom,'” Crowe said.

The Gladiator actor was on Stern’s show to promote his new Showtime series, The Loudest Voice in the Room, in which he plays former Fox News boss Roger Ailes, a performance Stern called “mind-blowing.”

Meanwhile, Crowe and DiCaprio aren’t the only Hollywood heavyweights to enjoy buying expensive dinosaur skulls: Nicolas Cage famously once outbid Leo by paying $276,000 for a T-Rex skull back in 2007,