Pro tip: Google is not your friend. 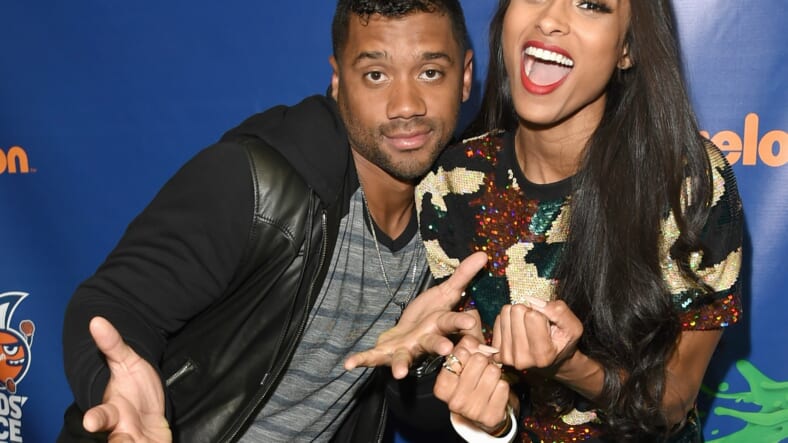 For an NFL quarterback, Russell Wilson is a colossal dweeb. On Wednesday, he posted a #WCW tweet to beau Ciara that was supposed to be all gushy and romantic. And if you’re 13, maybe it was.

PM #WCW I kissed her & she had honey sweet lips that were lilac soft w/ a loving & affectionate personality @Ciara pic.twitter.com/qwxXkfWnCK

It’s corny, no doubt, but what makes this sweet nothing so worthy of mockery isn’t the tortured prose, but  the unoriginality. Russ didn’t even write this! The goofball just Googled “How to describe a beautiful woman” and copied something from the very first result. We know this because eagle-eyed Seahawks fan Natalie Weiner blew up his spot.

This isn’t the only time he used the romantic flourishes found on descriptivewriting.wordpress.com either. But hey, at least he fessed up.

After he was exposed, Wilson tweeted an admission along with a delightfully on-brand confession: He prefers Bing. Wilson is, of course, a Microsoft pitchman. And then he tweeted an original message to Ciara that left us pining for the bland prose of descriptivewriting.wordpress.com.

Describing this beauty, I would need all the diction & syntax from 6,000+ languages in the world #MyWords 😜 @Ciara pic.twitter.com/QVF6Nos2Q7

Pro tip, fellas: Google is not your friend.