This could literally be out of this world. 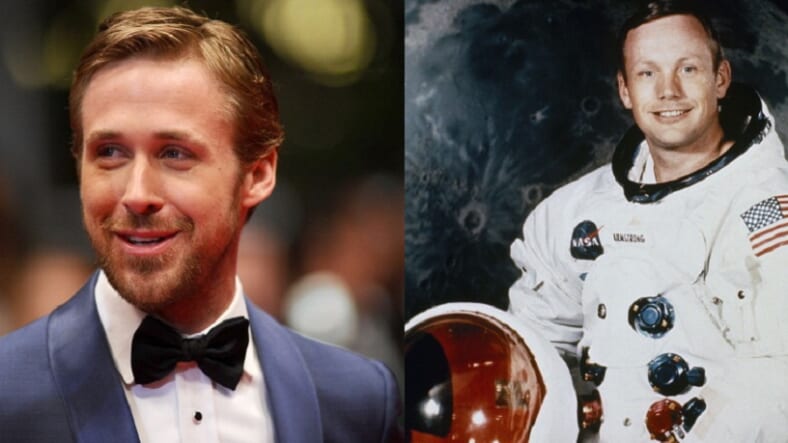 No matter what kind of 2016 anyone else had, Ryan Gosling probably had a better year. His critically-acclaimed musical La La Land has sparked Oscar buzz, and he’s the star of Blade Runner 2049, coming up in 2017. Oh, yeah and he’s married to Eva Mendes. Now it looks as though the 2015 rumors that the luckiest guy in Hollywood was up to play astronaut Neil Armstrong have come true.

Gosling will play Armstrong, the first person to set foot on the surface of the Moon, in First Man, reports THR. He will indeed, as previously rumored, be re-teaming with La La Land helmer Damien Chazelle.

The Universal pic will be based on Armstrong’s biography, First Man: A Life of Neil A. Armstrong, and is slated to be scripted by Spotlight writer Josh Singer.

There may be something a little wince-inducing for Americans in the fact a Canadian will play a quietly heroic apple pie and flag-waving US icon like Armstrong, but at this point Gosling seems to have a Midas touch. The chances that First Man will be a dumpster fire of a film are zero-to-none.

According to The Hollywood Reporter, First Man begins shooting in 2017.