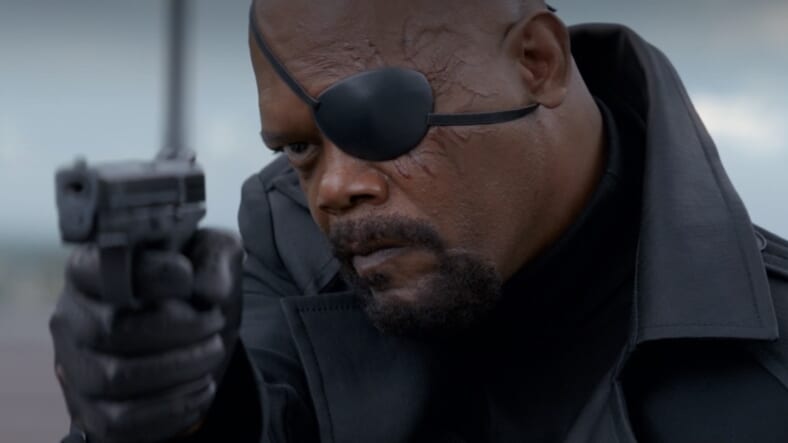 Movie icon Samuel L. Jackson is bringing his high-voltage star power to streaming TV as Marvel S.H.I.E.L.D. boss Nick Fury. Variety reports in an exclusive that several sources have confirmed a Fury show is in the works.

The exact plot details of the show are being kept under wraps, but multiple sources say Jackson is attached to star with Kyle Bradstreet attached to write and executive produce. Like all the other Marvel shows at Disney Plus, Marvel Studios will produce.Reps for Jackson, Bradstreet, and Disney did not immediately respond to Variety‘s request for comment.

Jackson has portrayed S.H.I.E.L.D boss Fury in several movies, beginning with Iron Man in 2008 all the way to Spider-Man: Far From Home. That was the last time the character was seen, in a post-credits scene we won’t spoil here.

The Next Web (TNW) notes that Jackson is particularly invested in Fury as a character. He “claimed the rights to the movie role years ago when his face was used (without his consent) as the model for the character in the Ultimates series. When his agents contacted Marvel, they offered him first rights to any screen portrayal of the character by way of apology.”

Fury’s untitled series is just the latest teed up for characters from the Marvel Universe on the Disney+ streaming platform. Others include Scarlet Witch and Vision in WandaVision with plans for shows featuring Winter Soldier and Falcon, Loki, Ms. Marvel, and Jeremy Renner’s character from the Avengers movies, Hawkeye.

No specific date has been set, but of those shows, WandaVision will begin streaming first, sometime near the end of 2020.