Sarah Palin Is Getting Her Own Courtroom Show 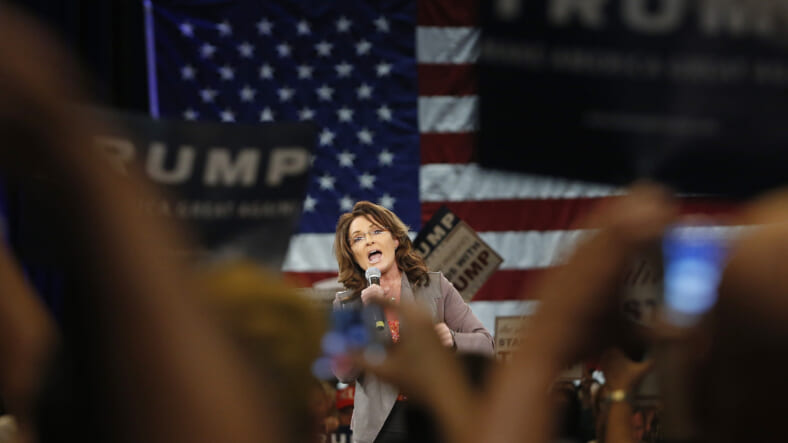 Decorative Trump-stumper and unabashed village idiot Sarah Palin seems to have gotten the idea somewhere that having your own reality show could lead to a possible successful run for the highest office in the nation, and she is not about to let Arnold Schwarzenegger or 50 Cent get a head start on the road to the 2020 White House.

Palin has worked out some arrangement with ABC to host her own courtroom show, which ABC News deputy political director Shushannah Walshe described on Twitter as a “Judge Judy-type show.” Although Palin is probably hoping for a Judge Judy-type salary, the “show is not sold yet & the deal is a production deal,” Walshe said. This is far from Palin’s first stint on reality TV. (Remember Palin’s Alaska?)

Now listen, there is only one Judge Judy. And if there were another Judge Judy, it would be the blond lady from Hot Bench — not you, Sarah Palin.