Is Saul Getting His Own “Breaking Bad” Spinoff?

Our favorite meth-addled TV show is ending, but it may live on thanks to trusty ol’ Saul Goodman. What about the rest of the cast? 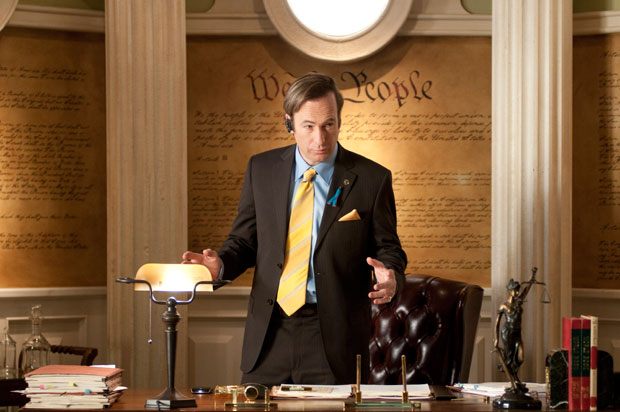 Our favorite meth-addled TV show is ending, but it may live on thanks to trusty ol’ Saul Goodman. What about the rest of the cast?Photo Courtesy of Ursula Coyote / AMCWe’ve already seen what Breaking Bad would look like as a’90s drama. But what would it be like as a sitcom…starring slimy-but-effective lawyer Saul Goodman? Well, we might actually find out! News recently brokethat the producers of the best show on TV (sorry, Game of Thrones) are mulling a spinoff show starring comedy god Bob Odenkirk, who plays the awesomely cheesy attorney. Since the show is starting its final 8-episode run this summer, this is great news for all of us who don’t want to leave its hilariously twisted world behind. But why stop with a Saul sitcom? Here are three other Breaking Bad spinoffs, of various genres, that we humbly suggest…“Hank, P.I.”Photo Courtesy of Ursula Coyote / AMCIt’s a police procedural starring Walter White’s hard-as-nails brother in law! Think The Shield, but with a protagonist who’s even tougher and balder.

“The Really, Really, Really Early Show with Badger and Skinny Pete”Photo Courtesy of AMCThese good-natured meth addicts are gonna be up at 4am running their mouths anyway, so why not throw them on a couch and set up some cameras? First guest: Al Roker.“Gale’s Superstar Karaoke Spectacular!”Photo Courtesy of AMCYes, we know he’s dead (and if you didn’t know that, uh, spoiler alert?), but after watching this, we think BB fans would be OK with resurrecting the character for a primetime singing competition. Watch your back, Shakira!Want more TV? Check out 5 Life Lessons From Don Draper and the Game of Thrones Recap By Someone Who’s Never Seen Game of Thrones.