The Wildest Party House in America Is Shutting Down 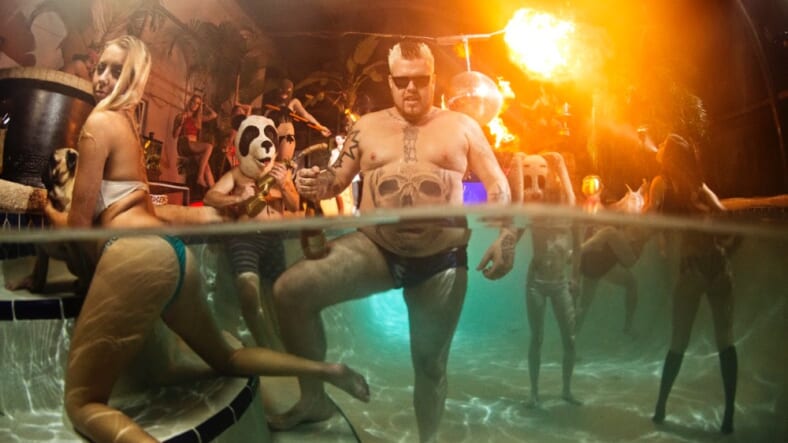 The infamous Sausage Castle, known for its outrageous sex parties, snake dances, a machine gun attraction and a woman who calls herself the “most ratchet stripper” in Orlando, might be soon shut down and be bulldozed.

Mike Busey, the creator and impresario of the property that bills itself as “The Wildest House in America,” resides on the premises, a ramshackle structure built in front of a swampy body of water called Alligator Lake. The house is covered with pornographic graffiti inside and out, and strippers, jugglers and other proud social outcasts are among its frequent visitors.

“People think, ‘I’m just this crazy person who loves to party,’” the self-described “King of Rock ‘n’ Roll Debauchery” told the Orlando Sentinel. “I like guns, I like women, and I like having a good time. And that’s too much for them.”

Osceola County wants to shut down the low-rent Playboy mansion, which also happens to be just an hour ride from Disney World, after the authorities tagged Busey’s property with multiple violations carrying fines totaling $340,000.

The notorious house began attracting fans after going semi-viral on YouTube and being featured in Vice. In light of recent events, Busey has set up a GoFundMe campaign, seeking $10,000 to cover legal expenses and to seek a new venue.

At press time, half of the total had been raised. As on dedicated follower put it on the donation page, “This is BULLSHIT what they are doing I hope you can fight this and win! Your an amazing guy and do alot for ppl!”

Meanwhile, as the legal battles play out, the Sausage Castle continues to rage.