Your favorite fictional drug kingpin will be Mexican rather than Cuban. 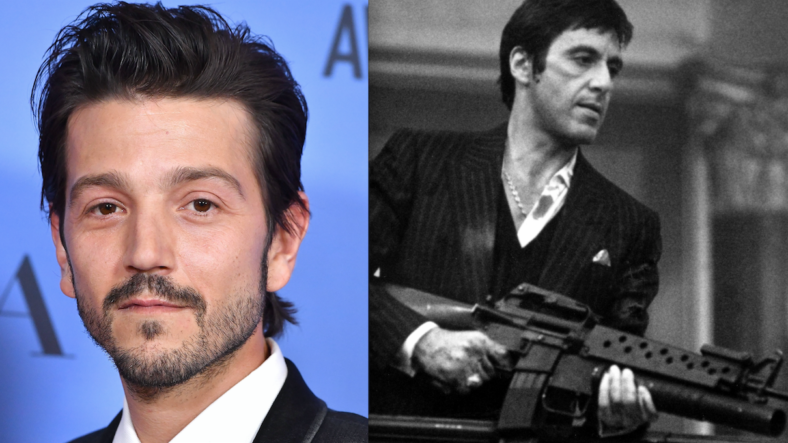 Say “hallo” to your new Tony Montana. The forthcoming Scarface remake has cast Mexican actor Diego Luna, who recently appeared in the Star Wars spinoff Rogue One, as the iconic profanity-spewing mob boss, famously played by Al Pacino in the 1983 original.

The remake has been envisioned as a modern-day retelling of the rags-to-riches immigrant story, and the action and cocaine-fueled debauchery will be moved from Miami to Los Angeles. While it’s hard to imagine Tony without his thick Cuban accent, he will be Mexican in the remake.

Diego is a big star in his native Mexico, having shot to fame in the 2001 cult classic Y Tu Mamá También alongside Gael García Bernal. He has since appeared in many Hollywood productions, like Dirty Dancing: Havana Nights and Milk. So he can certainly match Pacino’s acting prowess, and his slight and unimposing stature makes sense for a character that is meant to be more talk than walk.

While Diego appears to be a fine choice, the project is having trouble locking down a director. Antoine Fuqua (Training Day) had originally signed on but has since had to drop out due to scheduling conflicts. May we suggest Nicolas Winding Refn (Drive) or Chad Stahelski (John Wick)?

The next important casting decision will be the role of Elvira Hancock, the Miami ice queen played by Michelle Pfeiffer who made the rookie mistake of getting high on her own supply.