“I’ve lived a lot of lives, but I’m done running from my past.” 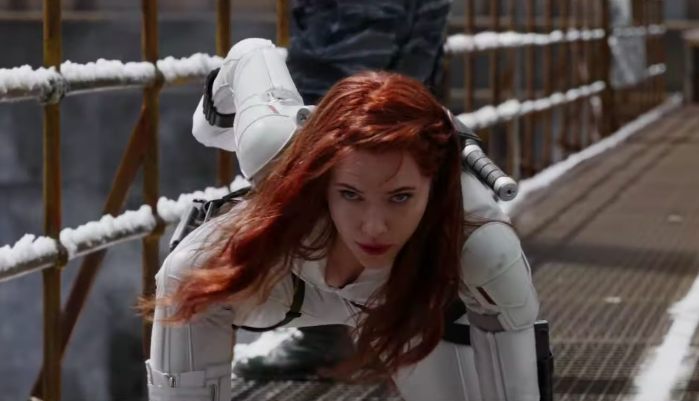 Marvel’s Black Widow marks a movie-length flashback, and based on the first trailer, it will be worth the wait to see her again—she’s kicking ass as usual, and Florence Pugh and David K. Harbour are coming along for the ride.

Pugh plays Black Widow‘s “sister” Yelena and it looks like she almost matches her in tactical skill. Harbour is her so-called “dad” who in a former life was also a superhero. Here’s more about the story from Harbour, via NME:

“They’ve known each other for a while and there’s a complex history there,” Harbour said of the relationship between Natasha and his character, sometimes known as the Captain America of Russia. “This movie happens right after Captain America: Civil War, and so those events do factor in.”“She is a Russian operative in a sense, and so they have some history together themselves,” he continued. “But there is a dynamic that evolves where she’s gone beyond in terms of joining the Avengers and his reactions to that.

A standout line from the video tells us a lot about where the character’s head is at when we hear Johansson’s voice say, “I’ve lived a lot of lives, but I’m done running from my past.”

That’s what we’ve got, so far—she’s gone home to Russia and joined forces with either real or acquired family—fellow operatives, perhaps, and she’s facing something she thought she left behind.

That, and the killer poster above.

Black Widow will hit theaters everywhere on May 1, 2020. Get in line now.