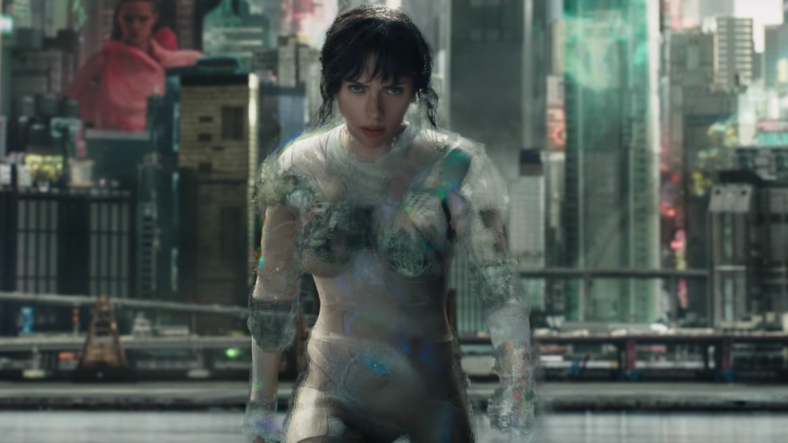 Ahead of the “Big Day,” or the release of the new Ghost in the Shell trailer during Super Bowl LI, Paramount Pictures has dropped it online.

The teaser sees Scarlett Johansson kicking major ass as The Major, or a cyborg policewoman fighting cyber-terrorism under Section 9. But all is not well in this hyper-realistic sci-fi world as a voiceover warns, “They did not save your life. They stole it.”

**Cue ScarJo bursting through glass windows and punching dudes in the face like an animatronic boss.**

We can’t wait to see the punch that ScarJo will pack as The Major; however, her casting was initially met with widespread controversy. Fans of the Japanese magna were outraged an Asian actress was not cast in the lead roll, with many decrying “whitewashing” of the source material.

We will have to wait to see whether controversy continues to dog the film, although director Rupert Sanders (Snow White and the Huntsman) seems to have crafted a thrilling spectacle nonetheless.

Ghost in the Shell hits theaters on March 31.