ScarJo comes out guns blazing in the special-ops thriller. 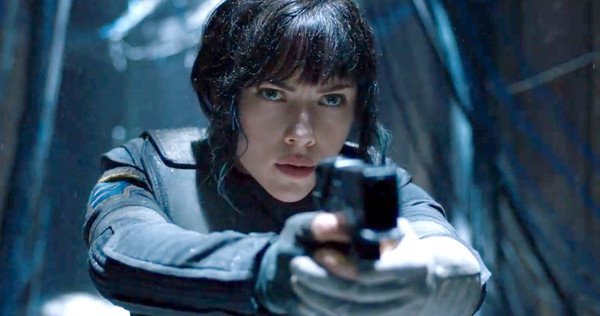 Newly-released teaser trailers featuring a black-bobbed Scarlett Johansson in the upcoming DreamWorks/Paramount production of Japanese manga-inspired Ghost in the Shell are bound to interest even those who know nothing about the original series.

Ghost is about a futuristic special ops task force composed of ex-soldiers and police officers fighting cyber terror.Johansson, in spite of having established action star credibility in the Avenger films, was a controversial non-Asian choice for the lead, cyborg Major Motoko Kusanagi.

Producer Steven Paul has responded to criticisms that Johansson’s casting was “whitewashing” a character that was originally Japanese, saying that fans of the manga will “be very, very happy with it when they see what we’ve actually done with it, and I don’t think anybody’s going to be disappointed.”

These peeks at Ghost‘s visually stunning and eerie future world suggest something true to its roots and a unique film experience reminiscent of the best parts of the Matrix trilogy without truly ripping off the Wachowski’s vibe.

You can watch all the brief teasers above tied together below to get the full effect. We can’t wait to see what ScarJo has in store for us when she unplugs and Ghost in the Shell hits theaters on March 31, 2017.