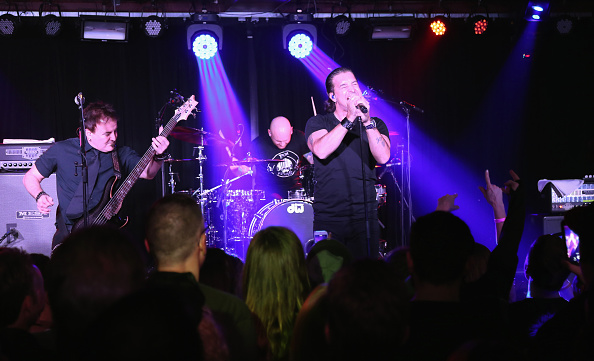 We don’t know for sure, but there’s a very active rumor in the music world right now that Scott Stapp of flipping CREED may be replacing the irreplaceable Scott Weiland as the lead singer of Stone Temple Pilots.

The leader of the band that it widely considered to be responsible for some of the worst music of the 90s hinted himself that he may soon be fronting what was inarguably one of the best rock bands of the 90s, largely because of the late Scott Weiland.

In an interview on a morning show on Rock 100.5 station, Stapp said: [I’ve] been working on a new album with a new group of guys — guys from some pretty well-known rock bands that you guys will know. I can’t really share the details about it, but there’s a lot of good things going on, man, and I’m excited about it.”

Asked specifically is said “pretty well-known rock band” was in fact the Stone Temple Pilots, Stapp demurred, saying, “I can’t tell y0u until later in June, man,” whatever that means.

Weiland, who struggled with heroin addiction during much of his career, died of a drug overdose in December at the age of 48.