It’s all about fathers and sons. 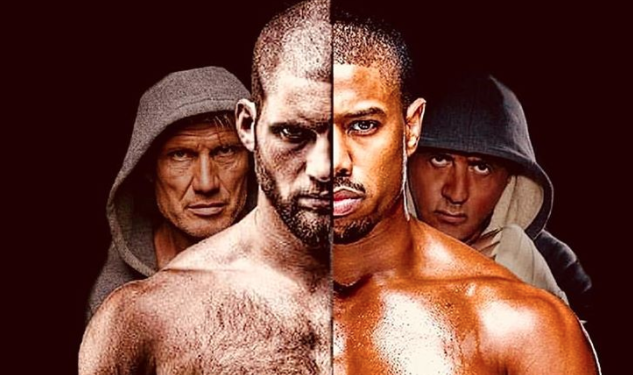 Creed II has finished production, so now we’re stuck waiting for more details, as the producers and creators have been pretty tight-lipped. Sylvester Stallone’s co-writer Cheo Hodari Coker gave us some insight recently in an interview with SlashFilm.

Turns out we may be in for some big-time feelings along with all the fighting.

Coker didn’t divulge the entire story—he couldn’t at this stage—but he was willing to dive a little deeper into the emotional undercurrents of the plot. He gave readers a clear look at the tensions between Ivan Drago‘s son (Florian Munteanu) and Michael B. Jordan’s Adonis Creed.

Coker told SlashFilm the movie is “about the legacies of sons haunted by their fathers.”

“Even though Drago is alive,” Coker reportedly said, “his son is haunted by him because Drago is a broken man who’s trying to rebuild himself through the son.”

“Adonis Creed is still haunted by his father’s death and how it defined him,” Coker said later in the interview, “what … it means now to be a champion. He’s aspiring to be a champion but also at the same time trying to figure out who it is he is. Particularly with Bianca, particularly also because he’s got Rocky who at this point becomes the new Mickey.”

Coker was disarmingly honest about his reaction to the 2015 Creed:

“The first Creed is one of the best movies I’ve ever seen,” Coker said. “I cried like a baby when they got to that scene when he’s like, ‘Why are you doing this, kid?’ and he’s like, ‘I just want to prove that I wasn’t a mistake.’ I’m sitting there, oh my God, I was verklempt, man… “A lot of black men that have issues with their fathers, when they saw that scene, it became our Brian’s Song. It became our Remember the Titans. It became one of those movies that it is acceptable for ‘macho’ men to cry during. So the opportunity to work on Creed II was definitely something that I fought for, something that I couldn’t pass up. Later on, when I got to work with Stallone on the draft, that was a dream come true.”

With such a committed crew of actors and writers behind it, Creed II is likely to tear up the box office just as its predecessor did.

Appropriate, in a way, or a film dealing with all those issues between fathers and sons.

Creed II will be released in theaters on November 21.