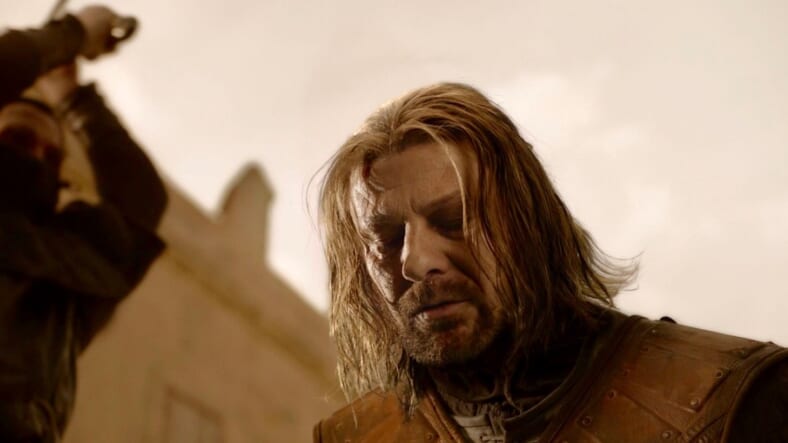 Actor Sean Bean has revealed what Ned Stark said in his final moments, before the Game of Thrones character was beheaded in Season One.

The character silently murmured to himself as the sword fell on his neck, setting off wild fan theories. One of the more outrageous ones was that Stark was muttering, “I want some Oreos.”

Not true. Bean confirmed to Huff Post what was obvious to many: that Stark was “just saying a prayer” before meeting his gruesome fate.

“I couldn’t be too specific, because I don’t know if religion [like that] was around in those days, whatever they were,” Bean explained.

“It’s quite subtle in that many people wouldn’t pick it up,” he added.

“It was an interesting thing to do for me at that point. There’s not much you can do really, you’ve got your head on a block. That’s about the only thing you can do is murmur.”

So what it an actual prayer or one Bean came up with on the fly? Let more fan theories begin!