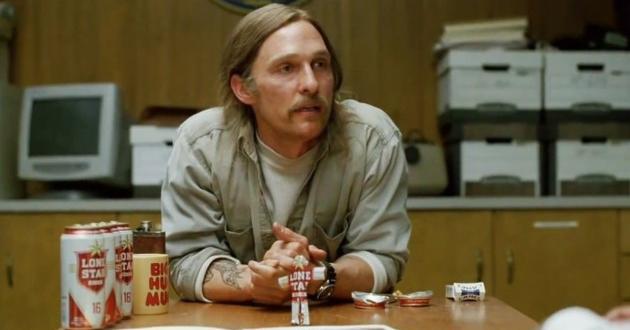 True Detective season one was a blockbuster hit for HBO. In great part that was due to Matthew McConaughey flexing acting muscles some still didn’t know he had as the enigmatic Rust Cohle.

Season 2 wasn’t nearly as well received. OK, it sucked. Still, when the surprising news dropped that a third season starring Mahershala Ali was slated for production, hardcore fans were stoked. Now we know that we’ll have to wait about a year to see it.

Speaking to The Hollywood Reporter, HBO president of programming Casey Bloys said True Detective was coming back in 2019.

There’s a reason for that. Many agree that one of the reasons the second season of the show seemed to stink up the screen compared to the first season was HBO execs pushing showrunner Nic Pizzolatto to bang it out solo and just get it done.

This time they’re doing it right, and Bloys said in an interview last summer that he’d read five of Pizzolatto’s scripts and they are “terrific.”

Anyone who loved season one of True Detective is rooting for the next series to bring it back to that level of excellence. Let’s hope Nic Pizzolatto has had time enough to get it there.

Too bad it looks like McConaughey won’t get his wish and play Rust Cohle again.