Donald Trump is also getting spoofed. 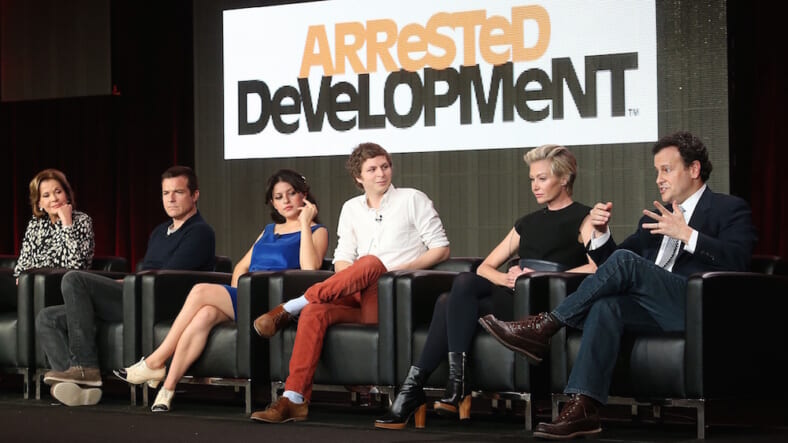 Arrested Development creator Mitch Hurwitz is adept at changing with the times. When fans demanded a fourth season, her partnered with Netflix for a critically lauded comeback. Now, he’s tapping into this particularly absurd point in American history.

Season 5 of Arrested Development will continue Lindsay’s quest to build a wall between the US and Mexico. This was fictional in Season 4 but now timelier than ever given that Donald Trump is gunning for US presidency on that very agenda. However, Hurwitz is really going in for the kill with the forthcoming season’s new format.

The Season 4 finale ended with Buster arrested for the murder of Lucille Austero. That set up Season 5, which will be a serialized murder mystery, Hurwitz said. When he originally mapped out the fifth season, he had no idea the genre would become white hot — first with Serial and The Jinx, and now with the Netflix phenomenon Making a Murderer. Season 5 of Arrested Development is in the vein of Making a Murderer, noted Hurwitz, a big fan of the real-crime documentary series.

Nothing is set in stone, and the showrunner is having some difficulty wrangling up his A-list cast to agree on a schedule. However, Hurwitz already says he has the season mapped out and hopes to start production soon.