You best give him 5 stars. 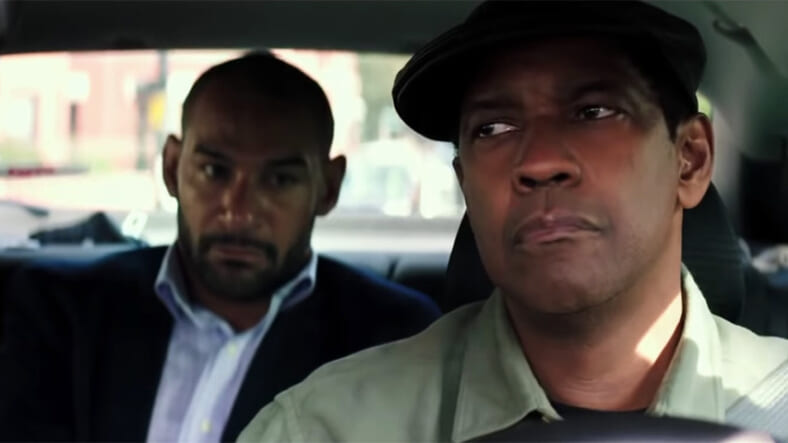 The first trailer for Antoine Fuqua’s The Equalizer 2 was full of action but short on plot—the new one has plenty of both.

Based on the classic ’80s TV show, the first Equalizer introduced audiences to Robert McCall, a deadly calm government assassin played by Denzel Washington. This time around, however, his mission is personal

Deadline breaks down what we know:

It seems as though he has settled down with his life and is happy with being a mild-mannered Lyft driver who minds his business and does his job… that is, until someone does him wrong.

In addition to laying waste to a bunch of creeps who have done a woman wrong, he is out to avenge the death of his former colleague and friend Susan Plummer (Melissa Leo).

With Antoine Fuqua (Training Day, The Magnificent Seven) behind the camera once again, we know the action is going to come fast and furious… and we can hardly w

The Equalizer 2 rides into theaters on July 20.