And a few things you didn’t want to know. 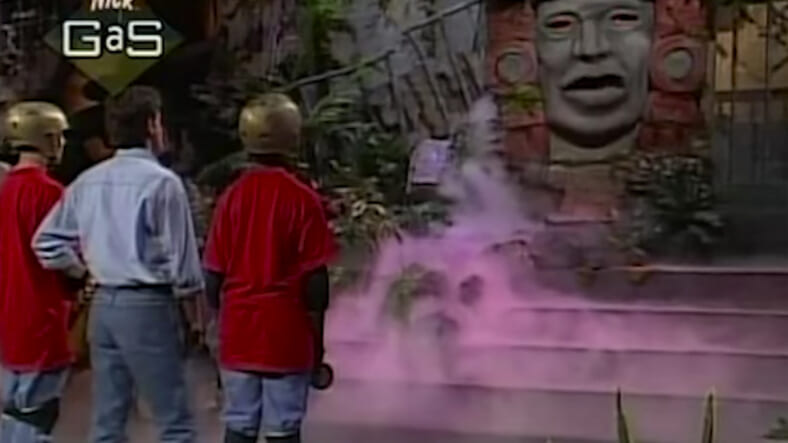 In the canon of classic Nickelodeon game shows, there are few works as beloved as Legends of the Hidden Temple. Part trivia, part obstacle course, the show turned kids into miniature versions of Indiana Jones, assembling artifacts and avoiding evil temple guards as they vied for a coveted grand prize. To a 10-year-old, that seemed pretty cool.

Now, it seems kind of ridiculous, especially after seeing the show’s darkest secrets revealed in this video. Produced by Great Big Story, it features WASP-y safari guide and former Hidden Temple host Kirk Fogg revealing the kind of stuff that should have been obvious all along. Of course, there’s a dude inside of Olmec!