“The game is rigged, and it does not reward people who play by the rules.” 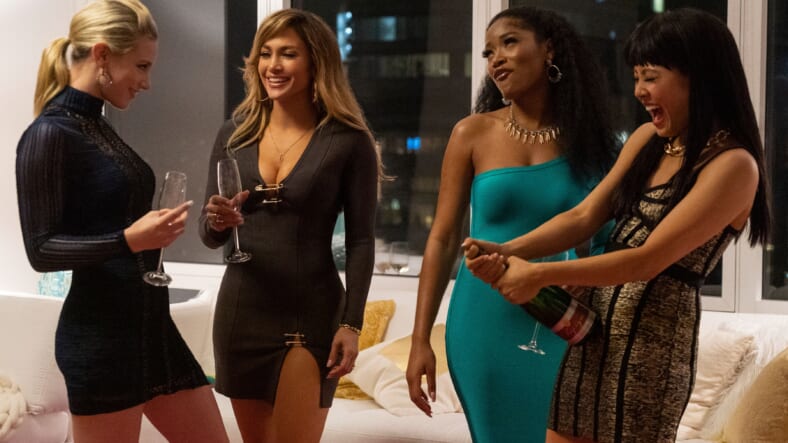 Everyone wants to see J. Lo and Cardi B playing insanely hot strippers who rob Wall Street fat cats of mountains of money, right? That sounds like a lot of fun unless you were one of the unfortunate Wall Street millionaires.

The movie in which you get to see just that is Hustlers, and it does indeed star Jennifer Lopez and Cardi B. as well as Constance Wu and Julia Stiles. The first three play some of the strippers in question, and Stiles plays New York Magazine writer Jessica Pressler, who wrote the story for that magazine about the true crime on which the movie is based, “The Hustlers at Scores.“

Pressler’s (seriously entertaining) story was subtitled, “Here’s a modern Robin Hood story for you: a few strippers who stole from (mostly) rich, (usually) disgusting, (in their minds) pathetic men and gave to, well, themselves.”

The synopsis for the movie, therefore, sounds pretty similar: “Hustlers follows a crew of savvy former strip club employees who band together to turn the tables on their Wall Street clients.”

And a telltale line spoken by J. Lo says a lot about why the strippers pulled their con. “The game is rigged, and it does not reward people who play by the rules.” Pretty relatable observation, really.